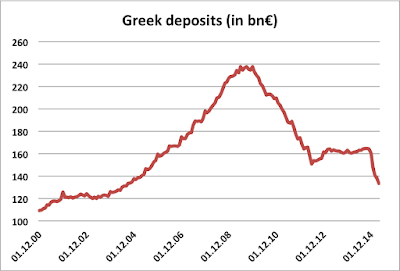 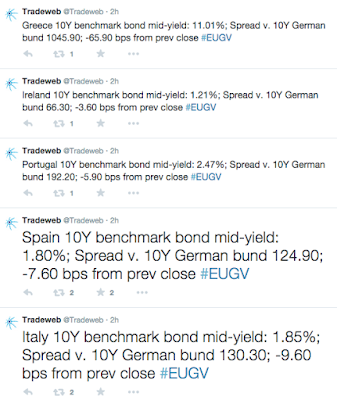 Crunch time continues for Greece. Here is the schedule of the upcoming 'pressure points': 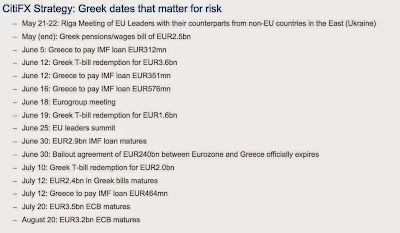 And an update to the Greek ELA increases: +EUR200 million on May 21st, to EUR80.2 billion with remaining available cushion of just EUR3 billion. Note: earlier ELA extensions are summarised here: http://trueeconomics.blogspot.ie/2015/05/15515-greece-on-wild-rollercoaster-ride.html.