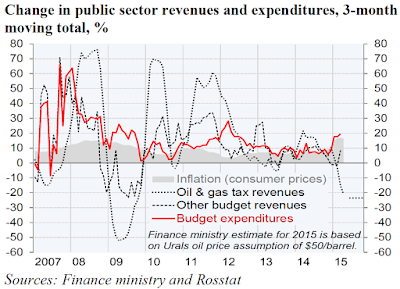 Now, some of the expenditure items were significantly front-loaded, especially for housing expenditure and defence. Which means that over the rest of 2015 we might see some moderation in these lines of spending and weaker adverse impact on deficits. Still, things are not exactly encouraging, neither in terms of structural nature of imbalances nor in terms of sustainability of such spending given the levels of official reserves.