Today, I took part in a panel discussion about Greek situation on NewstalkFM radio (here is the podcast link http://www.newstalk.com/podcasts/Talking_Point_with_Sarah_Carey/Talking_Point_Panel_Discussion/92249/Greece.#.VXPx-AJaDJQ.twitter) during which I mentioned that Greece has taken unique amount of pain in the euro area in terms of economic costs of the crisis, but also fiscal adjustments undertaken. I also suggested that we, in Ireland, should be a little more humble as to citing our achievements in terms of our own adjustment to the crisis. This, of course, would simply be a matter of good tone. But it is also a matter of some hard numbers.

Here are the details of comparatives between Ireland, Italy and Greece in macroeconomic and fiscal performance over the course of the crises. 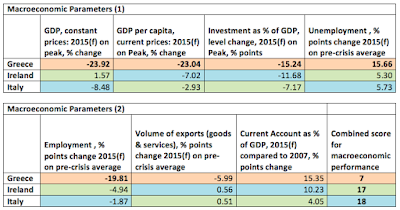 All data above is based on IMF WEO database parameters and forecasts from April 2015 update.

Here are the comparatives in various GDP metrics terms: 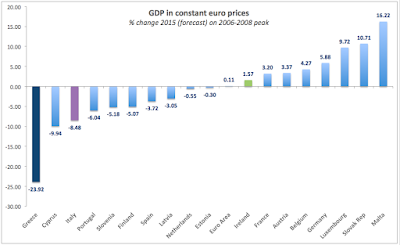 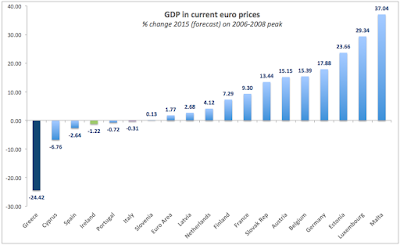 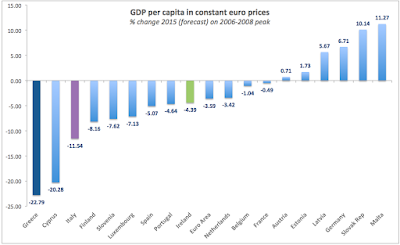