Here are the latest stats for Irish employment across sectors, based on the EHECS Earnings Hours and Employment Costs Survey Quarterly reported by CSO: 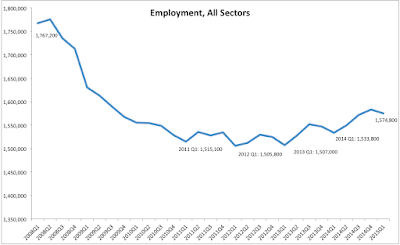 This dovetails with the evidence on STEM-related employment presented here: http://trueeconomics.blogspot.ie/2015/06/20615-stem-to-bull-time-to-rethink.html 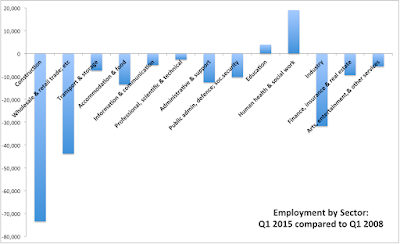