S&P Capital IQ’s Global Sovereign Debt Report is out for Q4 2014, with some interesting, albeit already known trends. Still, a good summary.

Per S&P Capital IQ: "The dramatic fall in oil prices dominated the news in Q4 2014, affecting the credit default swaps (CDS) and bond spreads of major oil producing sovereigns which have a dependence on oil revenues. Venezuela, Russia, Ukraine, Kazakhstan and Nigeria all widened as the price of oil plummeted over 40%. Separately, Greece also saw a major deterioration in CDS levels as it faces a possible early election."

No surprises, as I said, but the 16% rise globally is quite telling, especially given CDS and bond swaps for the advanced economies have been largely on a downward trend. The result is: commodities slump and dollar appreciation are hitting emerging markets hard. Not just Russia and Ukraine, but across the board.

Some big moves on the upside of risks:

Venezuela and Ukraine are clear 'leaders' in terms of risks - two candidates for default next. 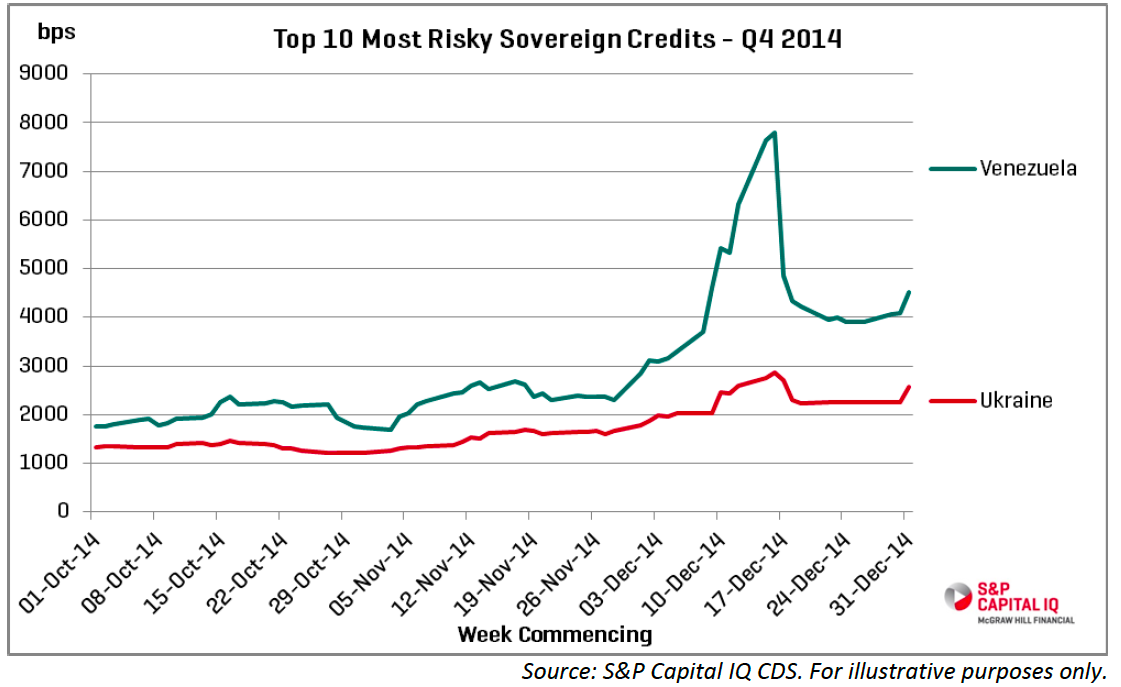 Other top-10 are charted over time below: 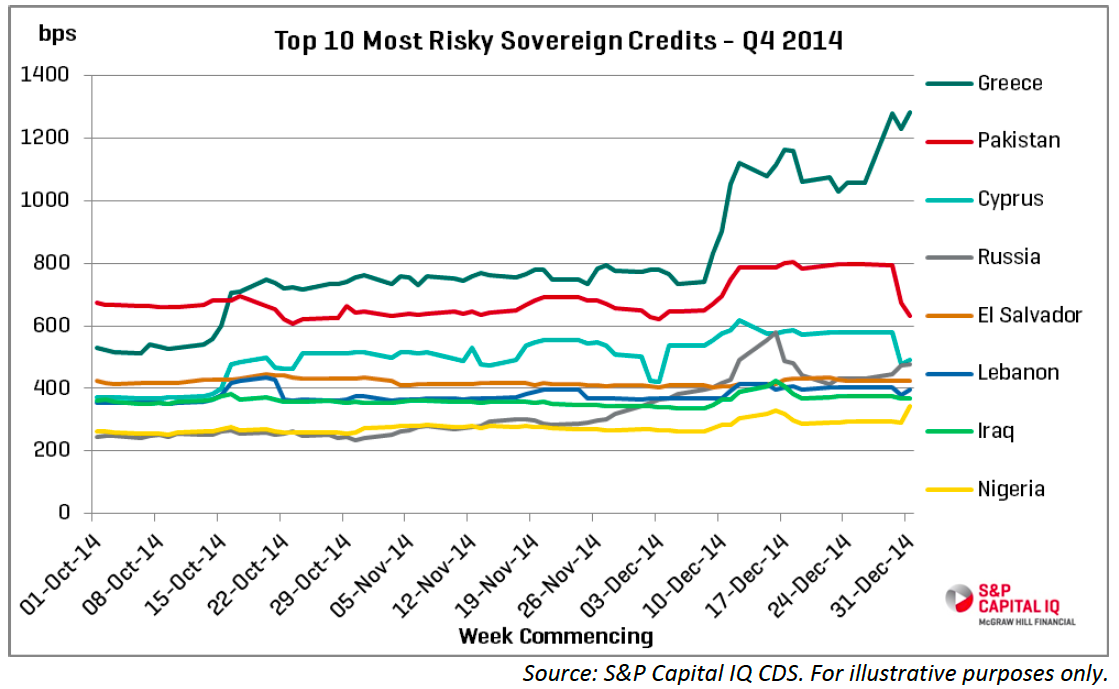 
By percentage widening, the picture is much the same:

So all together - a rather unhappy picture in the emerging markets - a knock on effect of oil prices collapse, decline across all major commodities prices, dollar appreciation and the risk of higher US interest rates (the last two factors weighing heavily on the risk of USD carry trades unwinding) - all are having significant adverse effect across all EMs. Russia is facing added pressures from the sanctions, but even absent these things would be pretty tough.


Note 1: latest pressure on Ukraine is from the risk of Russia potentially calling in USD3 billion loan extended in December 2013. Kiev has now breached loan covenants and as it expects to receive EUR1.8 billion worth of EU loans next, Moscow can call in the loans. The added driver here (in addition to Moscow actually needing all cash it can get) is the risk that George Soros is trying to get his own holdings of Ukrainian debt prioritised for repayment. These holdings have been a persistent rumour in the media as Soros engaged in a massive, active and quite open campaign to convince Western governments of the need to pump billions into the Ukrainian economy. Still, all major media outlets are providing Soros with a ready platform to advance his views, without questioning or reporting his potential conflicts of interest.

Note 2: Not being George Soros, I should probably disclose that I hold zero exposures (short or long) to either Ukrainian or Russian debt. My currency exposure to Hrivna is nil, to Ruble is RUB3,550 (to cover taxi fare from airport to the city centre on my next trip). Despite all these differences with Mr Soros, I agree that Ukraine needs much more significant aid for rebuilding and investment. Only I would restrict its terms of use not to repay billionaires' and oligarchs' debts but to provide real investment in competitive and non-corrupt enterprises.