Greece has been 'repaired' with an application of yet another plaster to a gaping shark wound.

ECB hiked ELA once again, this time, reportedly, by 'just under' EUR1bn. 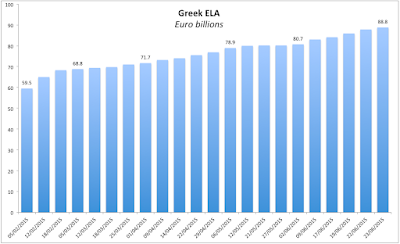 The terms of 'repairs' are sketchy for now, but for the economy that shrunk 23% since pre-crisis peak in real terms, we have novel - nay, breakthrough novel - measures to support growth included in the deal:
Summary of key financials on the 'deal' is here: 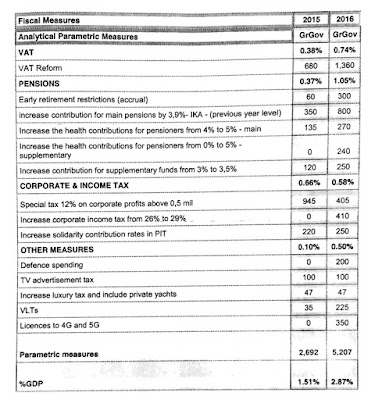 In short, we have an equivalent of economic idiocy here: an economy chocked by too much debt is being given a green light to get more debt. In exchange for this debt, the economy will be chocked some more (by some 2.7% of GDP on full year basis), so that more debt given to it can be rolled over with a pretence of sustainability.
As European leaders celebrate this crowning achievement of statism by replaying the same song for the 5th time whilst hoping for a different result. One has to wonder if there is something fundamentally, deeply, inexplicably wrong with the EU logic.
Or may be, just may be, the Greek 'reforms' are a herald of things to come under the Juncker-proposed, ECB et al approved, new Federalismo 2.0 plan? Why, check the leaks on that one:
http://www.wsj.com/articles/new-eurozone-plan-calls-for-greater-economic-cohesion-within-currency-bloc-1434919204.