As often as we generate charts as part of our analysis, and as often as we use automated tools to generate them, there's actually quite an art that goes into making them. Today's is no different, other than we're going to push the envelope beyond what we've done before as we resume and update a story we've been following by retelling how it goes and how we expect it will go in a single picture. 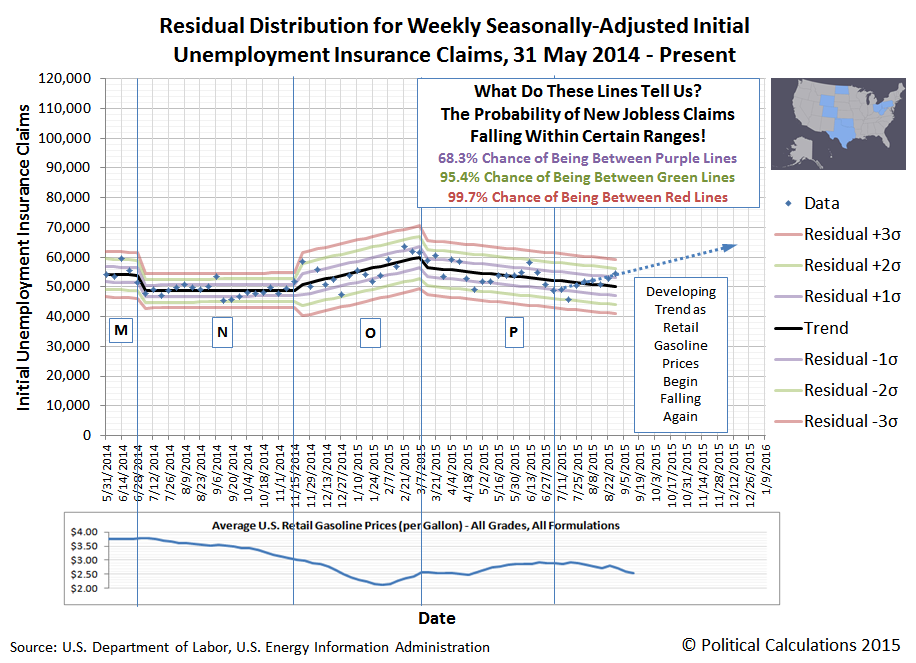 It would seem that OPEC's "miserable failure" will likely have measurable negative consequences in the eight states indicated.

By request, we've updated and begun refining our earlier presentation showing the major trends in the number of employed by age group as correlated with changes in the average retail price of gasoline in the U.S. 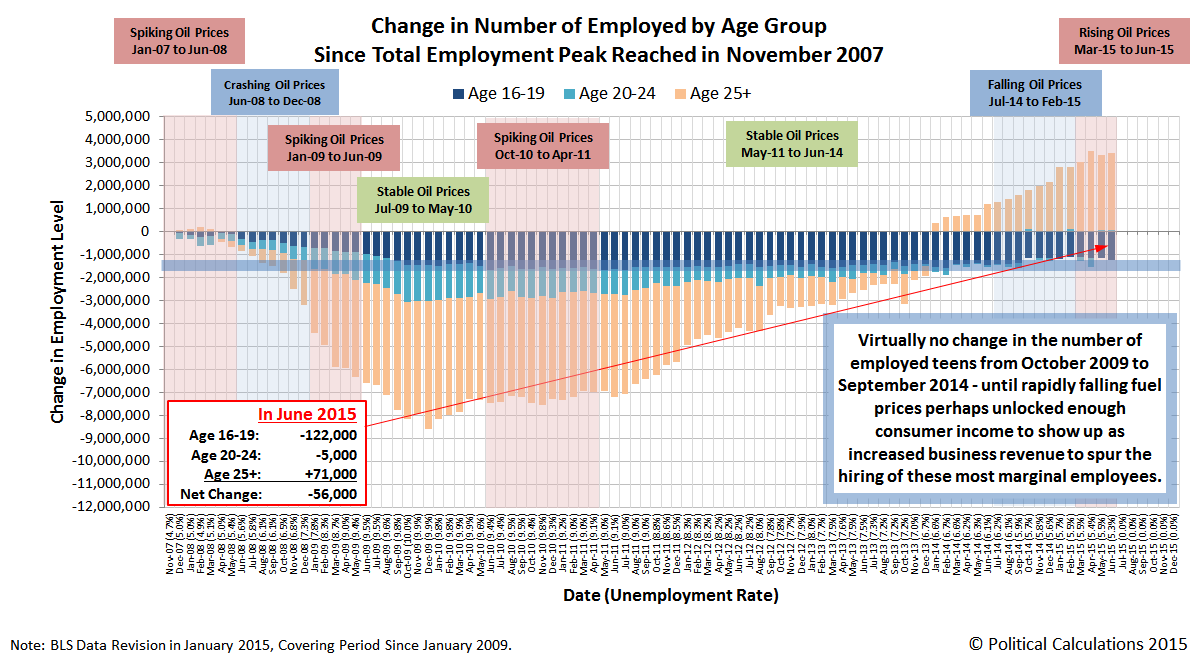 One thing we observe is that with the recent rise in average fuel prices, the number of employed teens has nearly dropped back to where it was in the period from October 2009 through September 2014, suggesting that the recent benefits for employment growth to having had fuel prices fall from July 2014 through February 2015 may now be lost as fuel prices rise. Curiously, when we dug deeper into the data, we found that almost all of the reversal for U.S. teens occurred for male teenagers.

We also see that the effect of rising fuel prices isn't limited to younger Americans, as we see that once those prices began rising, the improving trend and momentum in the job picture for older Americans began to stall out in recent months. It is as if the relative increase in the disposable income that Americans gained as a result of having fuel prices fall is no longer available to fuel growth for firms whose business prospects are particularly sensitive to changes in the disposable income of American consumers.

Looking at the larger picture and what it means for the U.S. economy, the reason we focus special attention on the employment trends for both U.S. teens and young adults betwen the ages of 20 and 24 because these individuals are, almost by definition, on the margins for the U.S. job market. And of course, as any competent economist knows, all the important action in a nation's economy occurs or is most evident at its margins, which is why a capable analyst would go to the trouble of attempting to visualize the nation's changing employment situation against the context of the major factors that influence it.

Admittedly, we're still working at it because we're adapting a chart that we originally developed for another purpose by, in effect, using crayons to color in the relevant context.