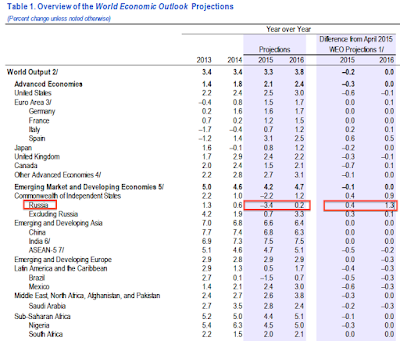 In its briefing on the WEO update, IMF said (emphasis mine): "The other country where the numbers are very bad is in Russia. We now forecast Russia’s growth to be negative at -3.4 percent. It’s a bit better than the forecast in April. That comes from a small improvement in commodity prices and a small increase in confidence, but that’s clearly a very large negative number that will lead to a very tough year in Russia."

Additional risk factor, noted by the IMF, is rates reversion in the U.S. and closing on the rate reversion cycle re-start in the euro area: "...this is going to be the year in which the interest rate in the U.S. is going to start increasing. The date by which the interest rate is expected to increase in Europe will also get closer, and so you are going to see tighter financial conditions, which means that capital will tend to go back to where the rates are attractive. So far, it hasn’t been happening on a very large scale. I think we can expect some capital outflows from a number of these countries, and these always create some problems but they can handle, but that is a challenge they are going to have to face."

Just how bad the effect of rates reversion will be is hard to tell. Overall, however, Russian economy has suffered quite significantly from both, the adverse changes in the global credit flows (away from emerging markets in general) and idiosyncratic drivers pushing credit supply lower. Here are two charts covering the latest BIS data we have: 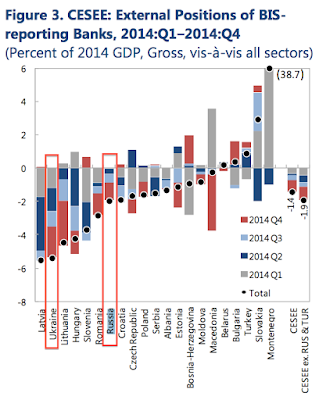 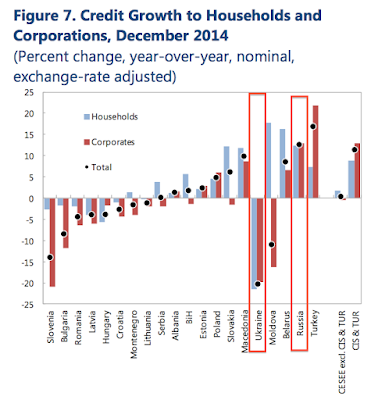 And sources of funding: 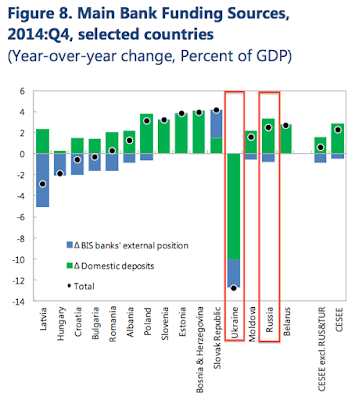