So we finally have a 'historic' agreement on Greece. You know the details:

Bloomberg summed it up perfectly in this headline: EU Demands Complete Capitulation From Tsipras.
Remember,  Tsipras went into the last round of negotiations with the following demands: 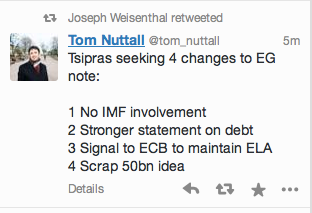 Source: @Tom_Nuttall
And that was after he surrendered on Vat, Islands, pensions, corporation tax - all red line items for him during the referendum.
Reality of the outcome turned out to be actually worse.
The new 'deal' involves a large quantum of debt (EUR86 billion, well in excess of Greek Government request from the ESM) and the banks bailout funding requirement has just been hiked from EUR10-25 billion to 'up to EUR50 billion', presumably to allow for some reductions in ELA.
The new 'deal' only promises to examine debt sustainability issue. There are no writedowns, although Angela Merkel did mention that the plan does not rule out possible maturities extensions and repayment grace period extensions. This, simply, is unlikely to be enough.
The 'deal' still requires approval of the national parliaments. Which can be tricky. Here is the table of ESM capital subscriptions by funding nation: 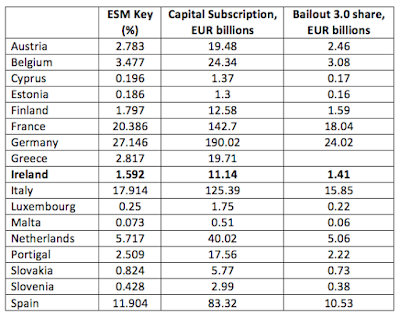 Tsipras also lost on all fronts when it comes to privatisations. In fact, even if the future Government lags on these, the EU can now effectively cease control over the assets in the fund and sell these / monetise to the fund itself. Not sure as per modalities of this, but...
Detailed privatisation targets are to be re-set. Let's hope they will be somewhat more realistic (home hardly justified in the context of the new 'deal'): 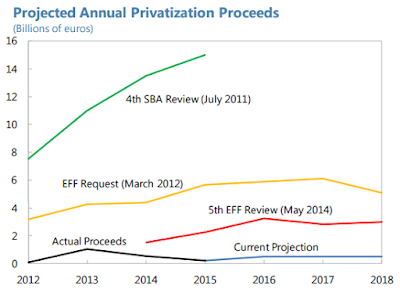 To achieve this, EU had to literally blackmail Tsipras by rumour and demands: 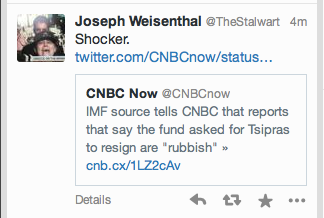 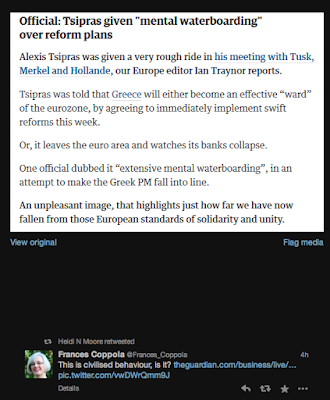 Source: @Frances_Coppola
And so the road to the can kicking (not even resolution) is still arduous: 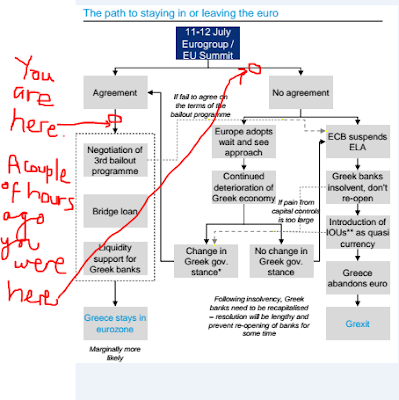 Source: @katie_martin_fxs
My view: the crisis has not gone away for three reasons:
For the fifth year in a row, EU opts for kicking the same can down the same road.