Based on the Global Financial Centres 2015 rankings, Dublin is currently occupying a rather poorly 46th place - an improvement on 52nd in 2014, but still in a league of relative minnows like Casablanca, Istanbul, Bangkok et al. 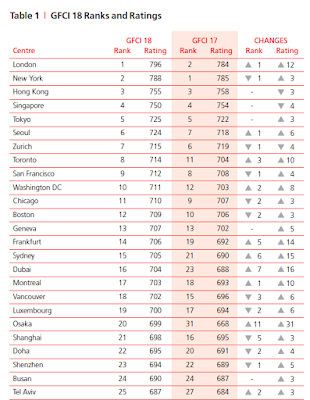 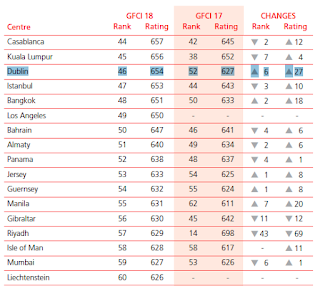 It is worth noting that Dubai is in a respectable 16th place. Of course, one can occasionally hear Irish development agencies staff bragging about how Dubai was always keen on copying Irish IFSC experience… well, apparently they’ve copied it better than we built it.
Dublin does a bit better when pitched against European counterparts, ranking 11th in Europe alongside other tax havens of Jersey, Guernsey, Gibraltar and Isle of Man. But Luxembourg - a place of similar standing to Ireland on tax and other issues is ranked six place ahead of us. 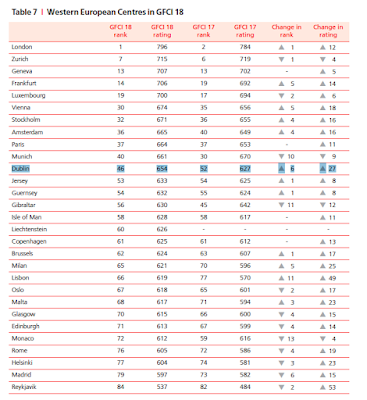 Sadly, we do not get into top 12 in any (repeat, any) of sub-indices, including the ones we claim such a strong position in: human capital and business environment. What’s up, dudes?! Ah, well, it turns out the world is a competitive place and having Prime Minister who chirps about ‘best little country…’ is just not enough. 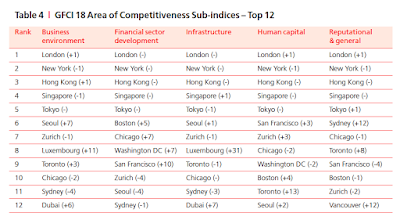 So moar diesel… folks… that IFSC engine is purring out smoke…
You know the meme... "Banks are/were solvent"... It replays itself over and over again, most recently - well, just now - in the Banking Inquiry hearings in Ireland. 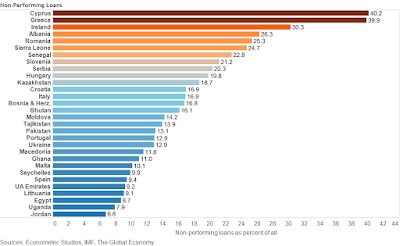