Fact 1: Irish Government policy from 2010 on consisted of two contradictory objectives: sector consolidation in the hands of 3 Pillar banks, and rhetorical justification of higher lending margins as being necessary to attract new competition to the market.

Fact 2: In recent months, the only significant uplift in new lending to non-financial enterprises took place in the segment of larger corporates, larger loans issuance, consistent with lower risk lending. 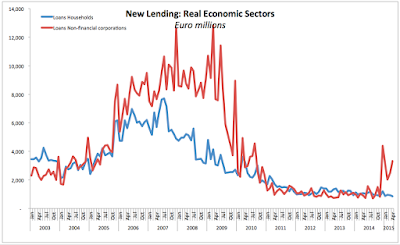 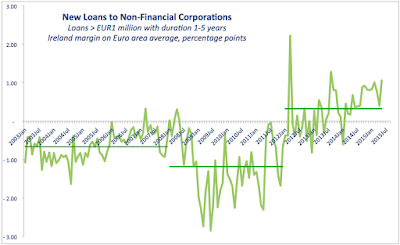 So what is the outcome of the three facts above? Where did we get with this model of higher charges = greater competition when it comes to banking? 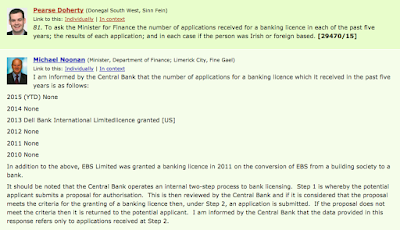 Now, remember, Ireland pursued the same model (higher charges on end-users in exchange for more competition) in energy sector under the CER regulatory remit for years. As the result, we achieved the exact opposite: no real competition and highest / second highest energy costs in Europe.

Just as in the energy sector, in Irish banking, the incumbents are enjoying pricing power protected by the State policy. Just as we talk about competition, markets and consumer benefits... Aptly, the degree of market concentration in the hands of incumbent banks in Ireland rose from the average of 0.0547 for 1997-2006 period to 0.0674 for 2009-2014. 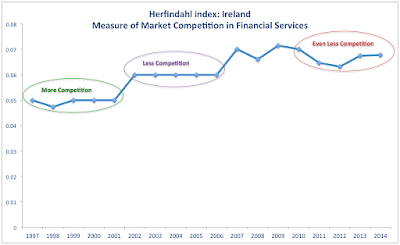