Of the five most indebted (fiscally_ economies (excluding Ireland, which did not report 1Q 2015 GDP figures):


Italian debt is now at the highest level since the peak of Inter-war period in the 1920s: 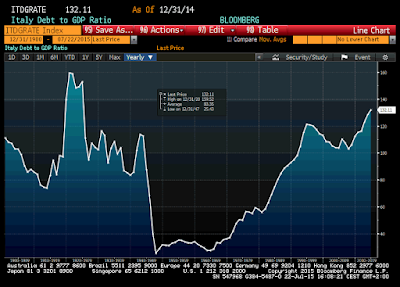 Congratulations to the inhabitants of the Planet Debt...