Latest data from CSO for June 2015 shows significant slowdown in house prices inflation across all segments of the market.

Monthly results are summarised in the table below 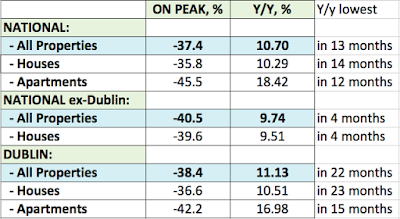 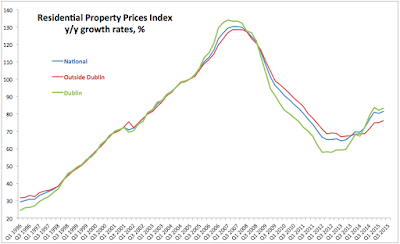 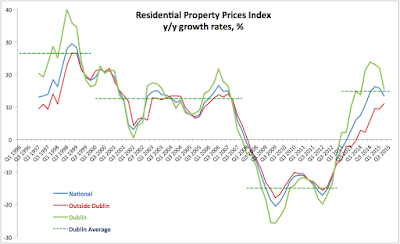 Finally, based on the first 6 months of 2015, here is the current residential price index for Dublin compared to long-term fundamentals price trends (at inflation and at ECB target rate): 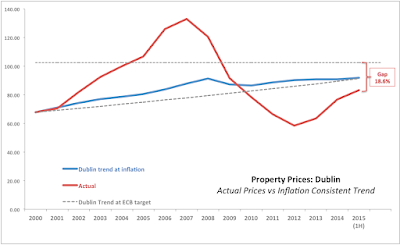 So what is going on in the markets to drive prices inflation moderation?

In line with the above, transactions volumes are slipping as well: in 1Q 2015 volume of transactions registered in Ireland was up 54% y/y - signalling buyers booking in pre-restriction mortgages. In 2Q 2015 this appears to have fallen (data is still incomplete) to a 17-19% growth rate y/y. Compared to FY 2014 average increase of 45% this rate of transactions growth is low, although in my view, the supply of quality properties in the market has also moderated significantly in recent quarters.

Are we going through another boom-to-bust sub-cycle here? I am not sure. All will depend on what prices will do over the next 12 months or so, with potential trend change (from downside to growth) around 1Q 2016. Too far to call.