This time around, let's take a look at IMF analysis of Private Sector Debt. 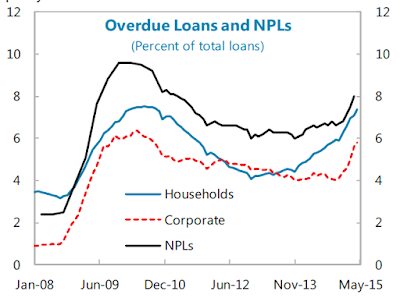 In part, the above is down to hefty write downs taken by the banks on Ukrainian assets (Russian banks were some of the largest lenders to Ukraine in the past) both in corporate and household sectors.

However, thanks to deleveraging (primarily in the corporate sector, due to sanctions, and some in household sector, due to economic conditions), Loan to Deposits ratio is on the declining trajectory: 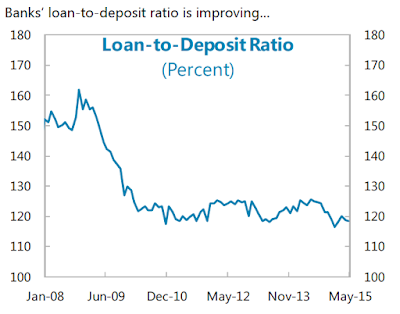 Note: Here is a chart on deleveraging of the corporate sector and for Russian banks: 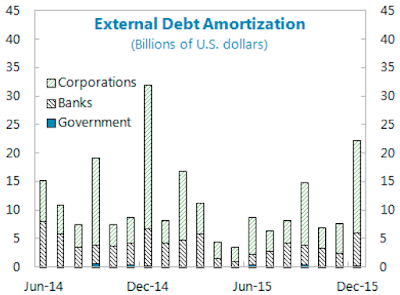 In line with changes in demand for debt redemptions, FX rates, as well as due to some supports from the Federal Government, banks' exposure to Central Bank funding lines has moderated from the crisis peak, though it remains highly elevated: 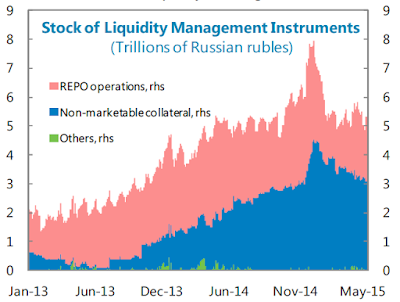 Illustrating the severity of sanctions, corporate funding from external lenders and markets has been nil: 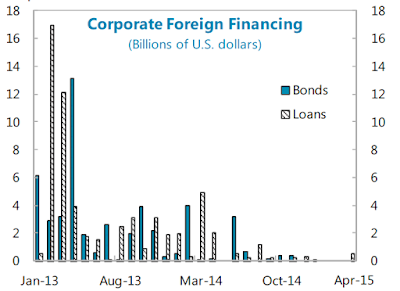 And Gross External Debt is falling (deleveraging) on foot of cut-off markets and increased borrowing costs: 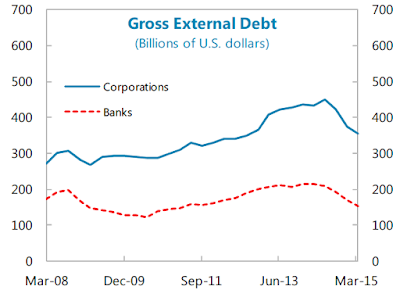 So companies are heading into domestic markets to borrow (banks - first chart below, bonds - second chart below): 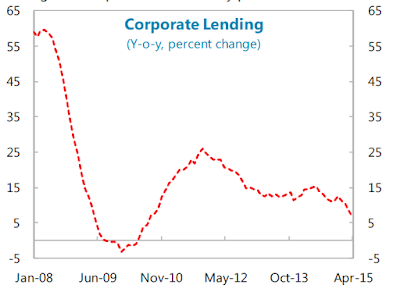 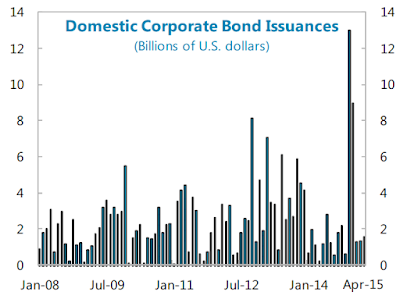 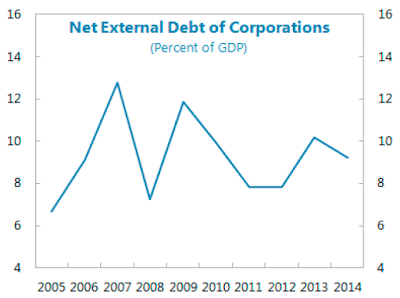 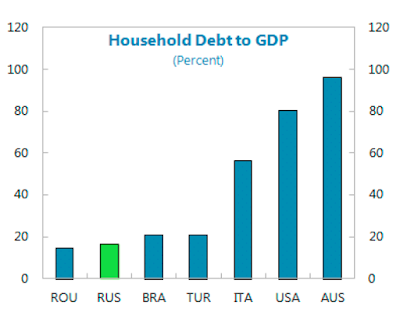 3) But the problem is that deleveraging under sanctions is coinciding with economic contraction (primarily driven by lower oil prices), which means that Government reserve funds (while still sufficient) are not being replenished. IMF correctly sees this as a long term problem: 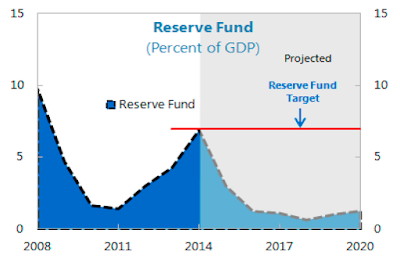 So top of the line conclusion here is that banking sector remains highly pressured by sanctions and falling profitability, as well as rising NPLs. Credit issuance is supported not by new capital formation (investment) but by corporates switching away from foreign debt toward domestic debt. Deleveraging, while long-term positive, is painful for the economy. While the system buffers remain sufficient for now, long term, Russia will require serious changes to fiscal rules to strengthen its reserves buffers over time.