IMF has just realised its assessment of the Russian economy. Several interesting aspects of this report are worth highlighting. 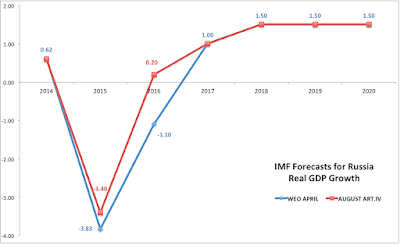 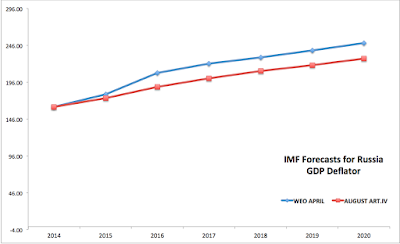 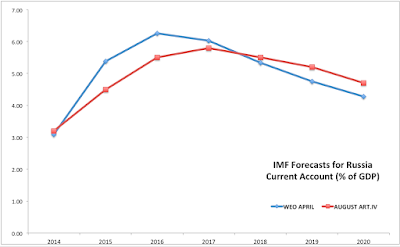 And a summary of latest forecasts 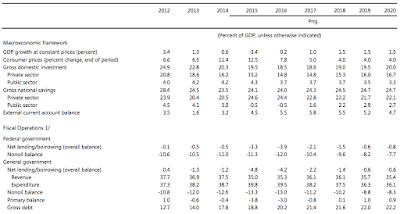 Overall, small upgrade on GDP side compared to April release, for both 2015 and 2016. Expected return to positive growth in 2016 remains extremely weak and subject to huge uncertainty. Worse, when one looks into components of GDP, the picture that emerges is less 'positive'.

Domestic demand will likely remain a negative drag on growth though 2016, with expected improvement - albeit marginal - on investment side in 2017. Consumption, however, will remain a small contributor to the overall growth in 2018-2019. Investment is also to remain weak. 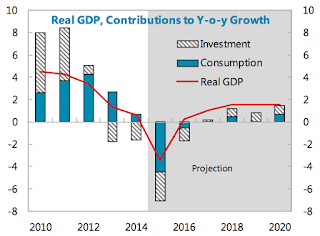 Structural nature of the slowdown is reflected in exceptionally weak productivity performance. This traces back to post-crisis period in its entirety. Russian economy did not experience a significant recovery on productivity growth rates post-2009 crisis and since 2010 there has ben a pronounced downward trend in productivity growth: 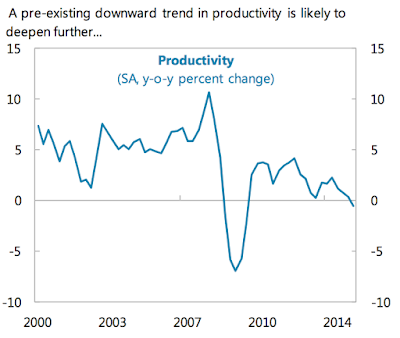 While relatively low unemployment is supported by decline in labour force participation rate (accelerating due to twin demographic problem of rising older and younger population shares, plus poor health performance amongst older adults): 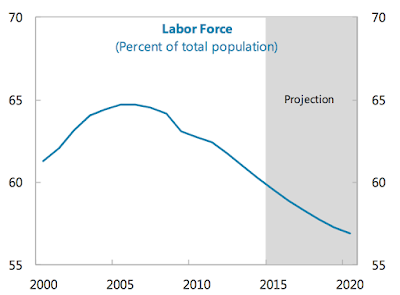 Overall, however, declining labour force trend should have translated into increased productivity of the labour force. In Russian case, this is not happening.

Slight uptick in unemployment recently is likely to continue through 2015, but will not be enough to induce labour productivity growth acceleration: 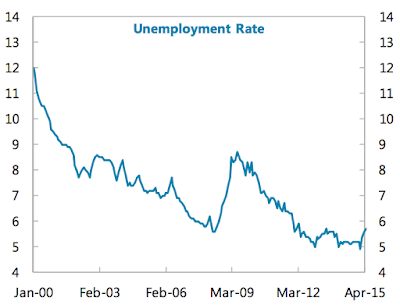 The IMF forecasts come on foot of ruble posting woefully poor performance, falling to a 5-months low (http://www.bloomberg.com/news/articles/2015-08-03/ruble-drops-most-in-emerging-markets-with-crude-at-six-month-low) and with Manufacturing PMI showing acceleration in economic decline in July (http://trueeconomics.blogspot.ie/2015/08/3815-russia-manufacturing-pmi-july-2015.html).

All of this is hardly a pleasant reading. However, not all is as gloomy as the above headline figures imply. In particular, in several key areas, macroeconomic position is relatively strong. I will blog on these in subsequent posts.