Doing some numbers crunching on a different project, I just came across this interesting database from the UN showing population projections through 2100. One interesting aspect of this data is the forecasts/projections for the dependency ratio - basically, a number of working age population per 100 people of non-working age.

There are caveats attached to the analysis of this data, including the changes in the duration of the working age (over the years, younger age dependency has moved toward 24 years from 19 years due to extended period spent in education, while for older age dependency, the mark has been moving from 64 years to 69 years as the last year in working age group). These caveats aside, here is a really eye-opening chart: 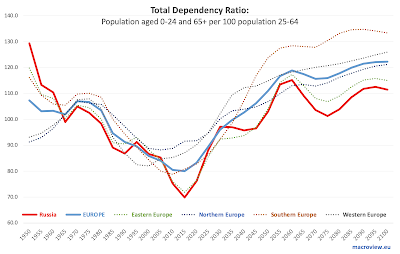 We consistently hear about the demographic catastrophe that has visited Russia since 1990-1991 collapse of the USSR. We are also constantly hearing the claim that the Russian society is demographically so challenged, it is running out of people. The chart above shows that, actually, that is not exactly true. Russia has been showing pretty decent readings on population dependency ratio compared to its peers ever since the mid-1970s. More so, through 2020, the estimates from the UN suggest that Russia is performing better than its peers in Europe in terms of overall dependency. This is expected to change - to the detriment of the Russian society and economy - in 2030-2040, but thereafter, Russia is expected to once again perform better than overall Europe. 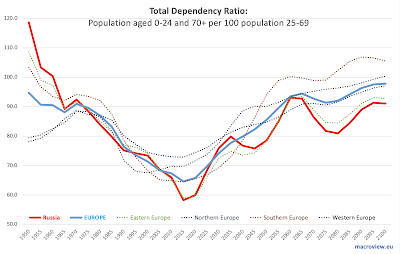 This data suggests that the popular narrative about the relative decline of Russian population dynamics compared to other European states is at least highly imperfect. 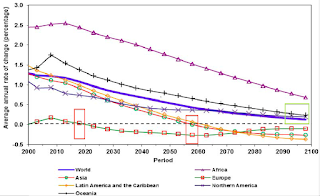 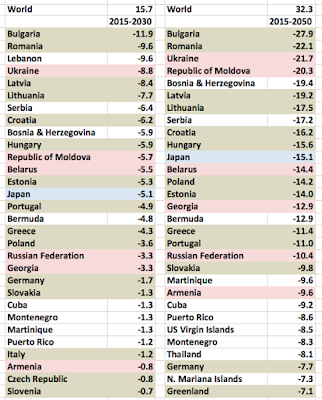 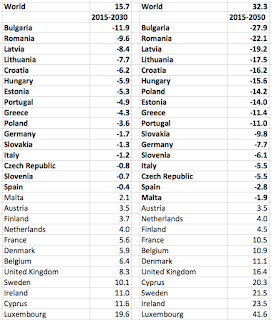