The Mondo Bizarro of Irish Economics: 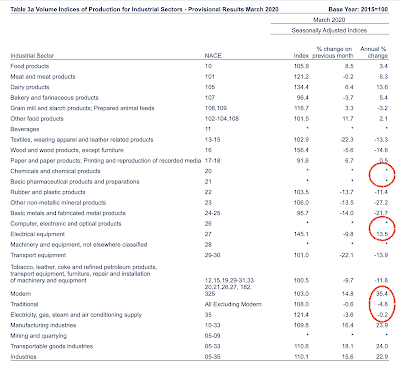 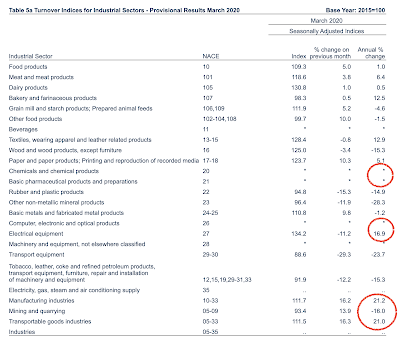 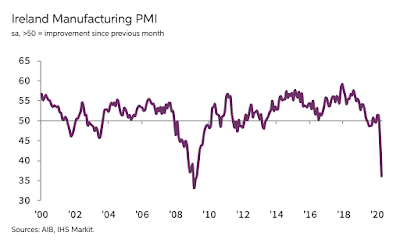 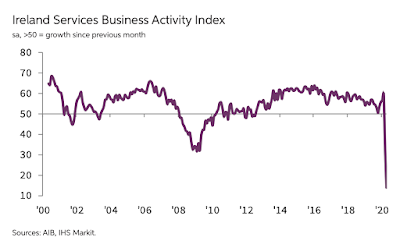 So actual industrial indices are showing booming Manufacturing across both turnover and volumes of production in March, yet PMI surveys showing collapsing activities. You really can't make this up. But, wait, worse: energy-generation is down, apparently, in volume by 0.2% y/y, yet 'modern sectors' activity is up 35.4%. Which points to the heroic efforts of the Irish economy to be the most energy-efficient in the Universe.
Of course, the entire circus of Irish economic statistics is driven by the 'dotted-out' sectors in the industrial activity tables - the CSO's way of saying "you, peasants, don't need to know what multinationals are up to".
Amazeballs! Just in time for Mr President to muse about taking US pharma out of Ireland's tax [non] haven... https://www.rte.ie/news/business/2020/0504/1136374-pharma-trump-ireland-coronavirus-vaccine/.
Why is it pointless to cover Irish economic data? Because of this! 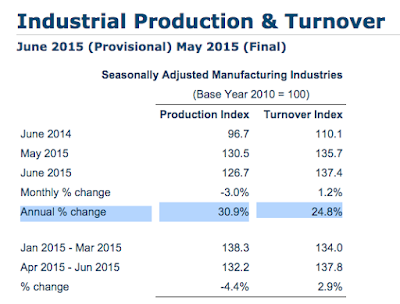 Let's put this into perspective: in a modern economy with lean manufacturing and real-time supply chains, increasing volume of production in manufacturing by 30% in just 12 months is not feasible. But in Ireland, not only it is feasible, it is a reflection of moderation in the rate of growth on 1Q 2015: 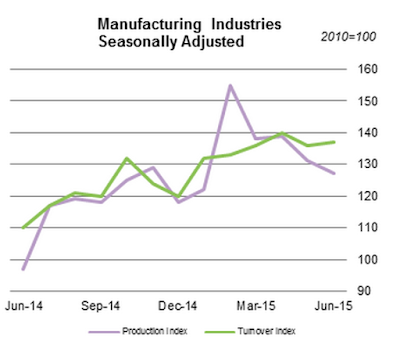 Anyone who interprets these numbers as anything other than coming from the Theatre of Absurd is simply wasting their time and skills.