Expectations Index gap to Present Conditions is currently at 74% compared to 82.3% in 2Q 2015 and 93.4% in 1Q 2015. This suggests overall deepening gap between current assessment of economic situation and forward expectations to the downside on forward expectations. Still, judging by 6mo lags, current conditions continue to turn out better than previous expectations of the same would have implied, with 6 mo lagged expectations index under-shooting forward 6 months reading for actual conditions by 38.5 points. 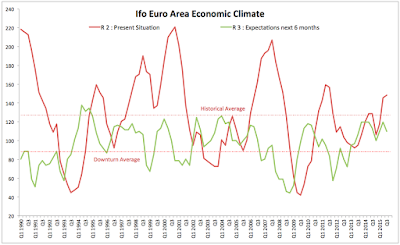 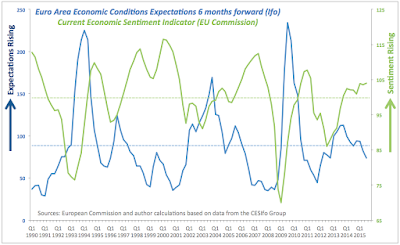 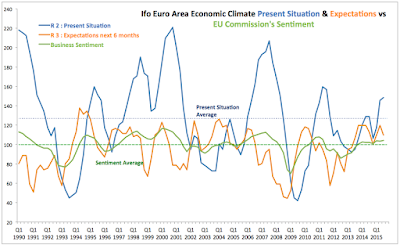 As charts above show:

In simple terms, things are getting better, but these improvements appear to be more on the surprise side, rather than structural side.