Academic Ranking of World Universities 2015 are out (see details here: http://www.shanghairanking.com/ARWU2015.html) and Ireland is not exactly shining.

Only 3 Irish Universities are ranked in top 500:

TCD managed to post flat performance on 2014, reaching its highest Institutional rank since 2003. Which is the best news we had. 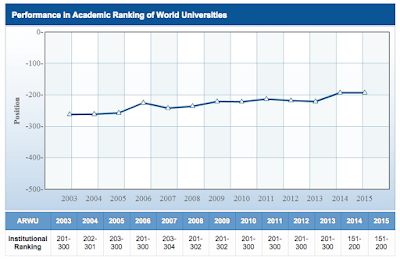 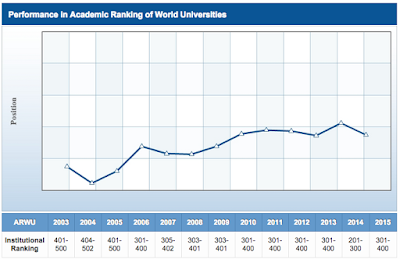 UCC posted second consecutive year of declines in 2015, although it stayed within the 401-500 ranking group. 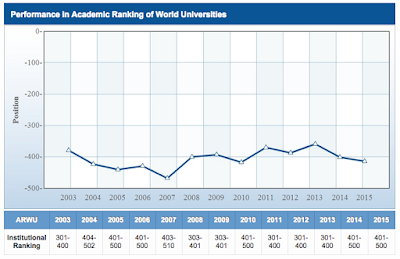 I will be blogging on data coming out of the survey more later this month, but for now, top line conclusion is: things are not getting better in top Irish Unis relative performance.