Of course, the current momentum comes off the weak levels of inflation, so the monetary policy remains largely cautious for the U.S. Fed and accommodative for the ECB: 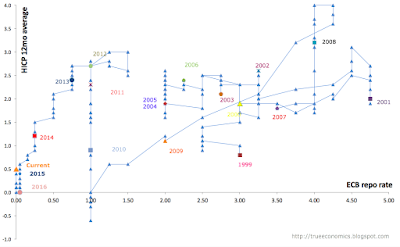 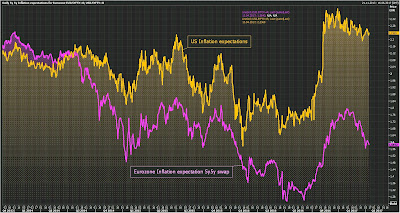 In fact, last week, the Fed's consumer survey showed U.S. consumers expecting 2.7% inflation compared to 3% in last month's survey, for both one-year-ahead and three-years-ahead expectations. But to complicate the matters:

Confused? When it comes to inflationary pressures forward, things appear to be relatively subdued in the shorter term in the U.S. and much more subdued in the euro area. Except for one small matter at hand: as the chart above illustrates, a swing from 1.72 percent to above 2.35 percent for the U.S. inflation forward expectations by markets participants can take just a month in the uncertain and volatile markets when ambiguity around the underlying economic and policy fundamentals increases. Inflation expectations dynamics are almost as volatile in the euro area.

In a fully-repaired world of the global economy... 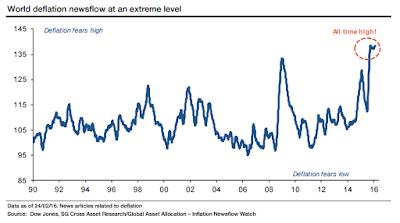 Per SocGen, thus, all the QE and monetary activism have gone pretty much nowhere, as deflationary expectations are hitting all-time record levels. And that with the U.S. inflationary readings coming in relatively strong (see http://www.bloomberg.com/news/articles/2016-03-03/socgen-global-deflationary-fears-just-hit-an-all-time-high).

Which might be a positive thing today, but can turn into a pesky problem tomorrow. Why? Because U.S. inflationary firming up may be a result of the past monetary policy mismatches between the Fed and the rest of the world. If so, we are witnessing not a structural return to 'normalcy' but a simple iteration of a vicious cycle, whereby competitive devaluations, financial repressions and monetary easing waves simply transfer liquidity surpluses around the world, cancelling each other out when it comes to global growth.

Give that possibility a thought... 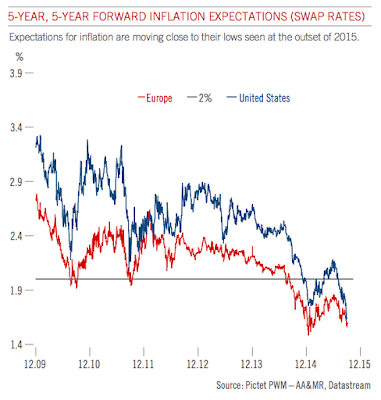 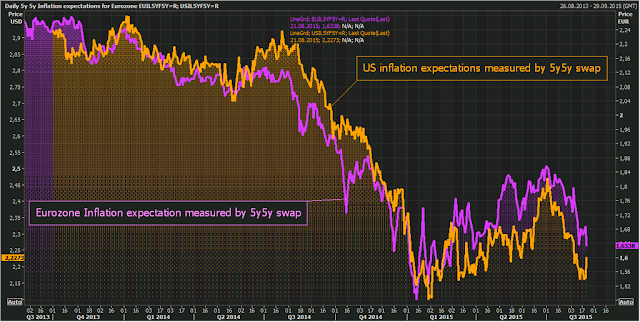