The common memes in the media today are:


Three really powerful articles on the topic of median incomes in the U.S. over the last 30 years that clearly dispute these points. 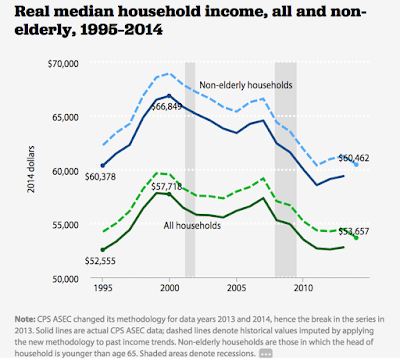 Do remember, we are talking here about the engine of global recovery, the home of hope for the real workers, the jobs creation machine, the U.S. economy that is, allegedly, in a ruder health than the rest of the advanced economies world... just don't forget to add that crucial 's' at the end of its 'lost decade' descriptor...