This is a copy of the Business Retail Union of Ireland public letter sent to the Minister for Social Protection regarding equal treatment of the self-employed in Ireland: 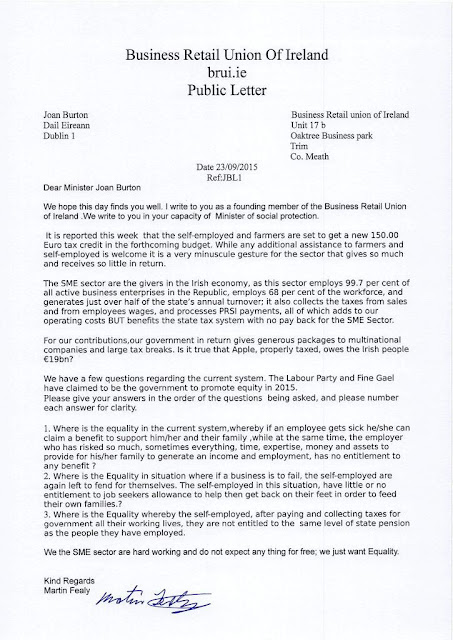 The key questions raised in this letter are other questions of great importance to this country for a number of reasons are: 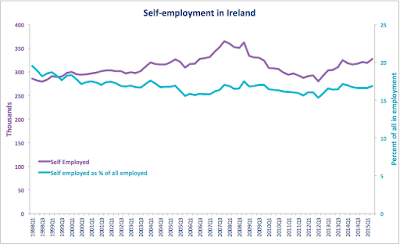 Many of the above differences cannot (and probably should not) be removed by state policies (e.g. (7)). Others can. None have been removed and no one - in our leadership establishment - appears to, frankly put, give a damn.

However, the reality of modern workforce is that:

If anything, current penalty to the self-employed should not only be erased, but reversed, due to higher risk nature of their work, they deserve a risk premium, not a risk penalty in the markets.

It is high time we gave a thought as to how on earth can we continue developing an entrepreneurial modern, human capital-based economy whilst penalising starting entrepreneurs and people taking risk deploying their skills through self-employment. Bragging about ‘entrepreneurial Ireland’ and ‘knowledge economy’ at international venues can’t get us anywhere, if we fail to first reform ourselves. The mentality of civil service ‘jobs-for-life’ entitlement culture that dominates our policy formation has to change. Good starting point - addressing the above issues for the self-employed.