El Faro's Carlos Martinez traveled to Belize to learn about those who have fled El Salvador for the relatively safety of Belize - Belize is Afraid.

Working alongside the old man from the village who feared the arrival of new Salvadorans, there was a boy, 22, born in Belize. He also had a shovel and a very clear idea about the gangs. "The Salvadorans who are coming are coming to break up the community. There was one who came here. He already arrived. He was turning his little girl into a gang member. We noticed it because he was teaching her to dance, because the gang members are good at dancing, right?”

Belizean authorities worry that refugees will bring gang violence with them. However, security-wise, they do not seem to have done much, all six or seven of them protecting the border. Even if sometime surreal, it's worth a read.
Phil Miller has an interesting find on UK-Guatemala cooperation during the Cold War for Vice News. Like Ronald Reagan, Margaret Thatcher would seem to have an interest in working with Efrain Rios Montt to contain the spread of communism in Central America, especially with regards to Guatemala.

Belize gained its full independence from the UK in September 1983. During and after independence, Belize hosted many British soldiers. Approximately 1,500 British soldiers were stationed along the Belize-Guatemala border and their main job was to protect Belize from a Guatemalan invasion. The two countries had and maintain a territorial dispute.

The troops were also off on counter-narcotics missions. Perhaps unbeknownst to some of the British soldiers, however, they were also defending Belize against incursions by members of the Rebel Armed Forces (FAR), one of four Guatemalan guerrilla groups. Thatcher and the British / Belizean governments feared that the presence of FAR guerrillas in Belizean territory would provide justification for the Guatemalan government to launch an invasion of Belize.

This is the same time period when the Sandinistas thought that if they pursued Contra forces across the border into their Honduran safe zone, it would have provided a justification for Reagan to invade Nicaragua. Feeding the Sandinistas' fears, Reagan invaded Grenada in October 1983. We are also talking one year after the Malvinas War between the UK and Argentina. Things have really calmed down, no?

Anyway, Thatcher and the British government used the opportunity to reach out to their Guatemalan rivals in search of areas of cooperation that might deescalate tensions.

Left-wing Guatemalan rebels were trying to topple Montt's regime and allegedly staged some of their attacks from Belize. The files show that British commanders feared these cross-border raids would give the Guatemalan leadership an excuse to invade Belize. To prevent this, top British army officers decided to share intelligence on rebels with Guatemalan commanders, even though they were linked to human rights abuses. Royal Air Force pilots made reconnaissance flights over the Belizean jungle looking for guerrilla camps and British troops carried out secret foot patrols. UK soldiers even used a Guatemalan rebel informant for one patrol, before sending him back to Guatemala where he was arrested and later murdered by government gunmen.

The files also reveal that a British policeman conducted urban surveillance of guerrilla sympathisers in Belize under "Operation Octopus". And even though diplomatic relations with Guatemala had been cut, the foreign secretary allowed British soldiers to play Christmas volleyball matches with enemy troops.

I can't say that I remember hearing anything about Guatemalan guerrilla operations in Belize. Most of their foreign operations seem to have been in Mexico, where the government tolerated (and at some points) encouraged their operations.

Gus Hales, a "2 para" veteran who served in Belize in 1983, now suspects his jungle patrols were unwittingly aimed at guerrillas. "We were told to look out for drug smugglers who may well be wearing uniforms. But the guys we came across in jungle camps were ordered and tried to conceal their tracks," Hales recalled

"They were Mayan Indians who knew how to live in that terrain, which made it kind of strange. Now it would make sense that they were guerrillas."

The files and interviews cited in the article don't give the indication that there was too much guerrilla involvement in Belize. It's possible. The FAR/URNG were on the run in late 1983 following five years of increased government violence, first in the cities and then in the countryside. Using the safety of Belize seems reasonable. Every year in the first week of January, we report on the country’s murder rate. It’s subject of nervous worry since, we imagine every Belizean dreads when we’re right there in the list of the top ten most murderous countries on earth. Well, there were plenty of murders this year, 119 of them but many more in other countries, so, early indications are that Belize will not make it unto that top ten.

Of course, there’s nothing to celebrate in 119 murders – that’s dismal, but it is four less than last year’s 123. It also brings down Belize’s murder rate to 32, which is lower than our neighbors, Honduras, Guatemala and El Salvador. Those three countries are called the Northern Triangle and they comprise what is widely recognized as the most dangerous area on earth.

Sorry, but you finished the year behind Guatemala - the rate, not the overall number, of course.

I know. Enough with murder. Let's move on to something more positive. Soon.
On Wednesday, Belizeans voted Prime Minister Dean Barrow and the United Democratic Party (UDP) back into office. With 29 out of the 31 seats up for grabs decided, the UDP has secured victory in 19 and the opposition People's United Party (PUP) 10. Barrow has won an unprecedented third term as prime minister. The Belize Progressive Party brought together a number of small political entities to contest yesterday's elections, but it doesn't appear that they were able to win any seats.

Like its neighbors, Prime Minister Barrow and the UDP must continue to address security (drug and human trafficking) and economic (corruption, potential loss of PetroCaribe funds, loss of confidence in the banking and financial system,and climate induced damage to its agricultural exports) challenges during their five-year term.

Barrow will also have to work with Guatemalan President-elect Jimmy Morales to defuse tension at the border and move towards a resolution of their territorial claims (see Nathaniel Janowitz for Vice News). Morales has made several statements about Guatemala's intentions towards Belize that have unnerved Belizeans.

The Organization of American States sent an electoral mission to observe the vote in Belize but I have yet to come across any pronouncements. 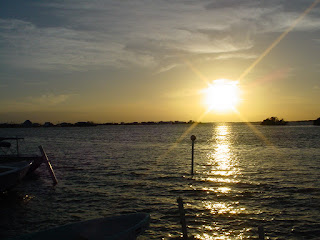 On Wednesday, Belizeans will head to the polls to elect its 31-seat House of Representatives. Dean Barrow is hoping that his United Democratic Party (UDP) will once again win a majority of seats, securing him his third consecutive term as prime minister. The UDP won 17 seats in 2012 and then picked up two more earlier in 2015 during special elections. The People's United Party is the main opposition party.

Breaking Belize recently took a look at each party's platform. Francis Fonseca and the PUP have plans to offer free education from pre-school to sixth form, lower or eliminate certain taxes, repealing the gun law and the PetroCaribe Loans Act, abolish the Gang Suppression Unit (GSU) which has been accused of using excessive force, provide house lots to each Belizean upon the age of 18, and extend National Health Insurance (NHI) nationwide. The PUP has also promised to expand the Senate to 13 members and to establish greater institutional checks on government corruption.

The UDP, on the other hand, promises to build upon the programs that it has overseen over the last two terms. The UDP has proposed four bills to "strengthen governance, accountability, and transparency in public financial administration": The Public Procurement Bill; The Finance Management Bill; The Public Sector Investment Bill; and The Public Debt Management, State Guarantees and Lending Bill.

Instead of offering free education as the PUP proposes, the UDP promises to construct 35 new schools, establish Science and Technology and Enterprise and Innovation institutes, and improve expand Internet penetration. The UDP is also betting on several infrastructure projects related to the improvements to the Phillip Goldson Highway and Goldson International Airport and new airport, hospital, coast guard base and port construction.

On Monday, Belizean chief elections officer Josephine Tamai denounced threats to her and her family. The OAS sent its first election observer mission to Belize in 2012 and has done so again this year. As far as I know, there were no threats to candidates or electoral authorities three years ago.

All bets are on the UPD winning a majority of seats and Barrow winning his third consecutive term as prime minister.