Here are some more charts 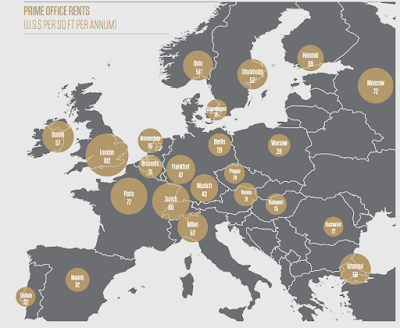 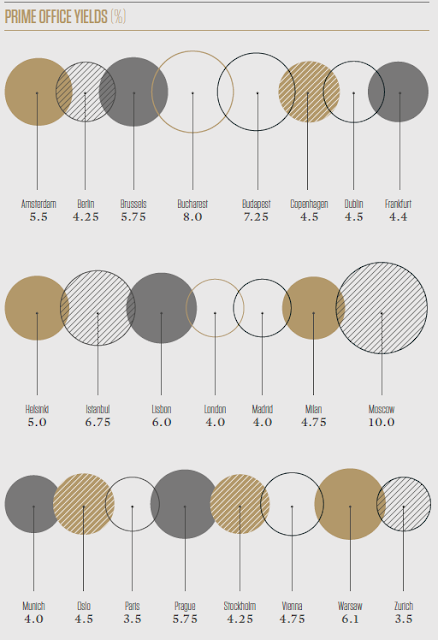 The key point from the above is that historical valuations for Dublin property have been distorted to the upside by the pre-2008 boom, whilst subsequent collapse has driven prices back to below their fundamentals-determined valuations. However, forward expectations by the markets participants are now pricing in a significant medium- to long-term rebound in commercial property rents and values that are implying fundamentals well ahead of anything consistent with the ‘normal’ 4.5-5 percent yields. In other words, we are heading toward 2-2.5 percent yields, assuming current trends persist, or into another correction downward.

These dynamics, in return, underpin also residential markets, where credit supply tightness in house purchasing sector is pushing rents up to stratospheric levels, with rents currently in excess of October 2008 levels.

Welcome to the economy where largest land-owner - Nama - thinks developers are only good to attend horse races.