As I noted in analysis of the BRIC Composite PMIs (http://trueeconomics.blogspot.ie/2016/01/6116-bric-composite-pmis-december.html) December turned out to be another month when BRIC economic fortunes were weighing on the global economy. 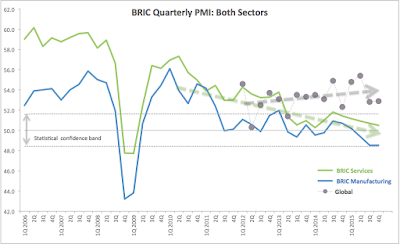