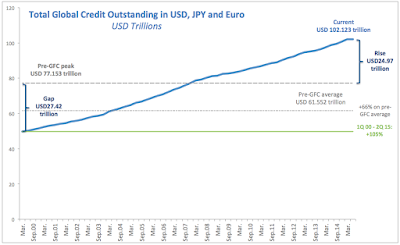 That savage deleveraging... it has been truly epically... unnoticeable... Oh, and one more thingy: the unsustainable build up of debt prior to the onset of the Global Financial Crisis (GFC) was just about the same as the increase in debt during the so-called deleveraging period since the onset of the GFC.