The age of QE in the West, as well as the Great Recession and the Global Financial Crisis have both undoubtedly left some serious scars on the Emerging Markets. One example is the rising (once again) debt in the countries that prior to 2007 have benefited from major debt restructuring initiatives. Here is the new World Bank paper assessing the extent of debt accumulation in Sub-Saharan Africa post-2007. 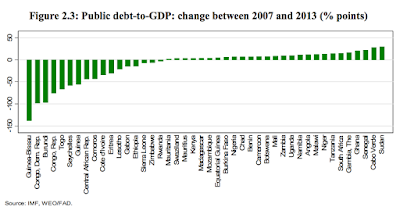 "Sub-Saharan African countries as a group showed a considerable reduction in public and external indebtedness in the early 2000s as a result of debt relief programs, higher economic growth, and improved fiscal management for some countries. More recently, however, vulnerabilities in some countries are on the rise, including a few with very rapid debt accumulation." 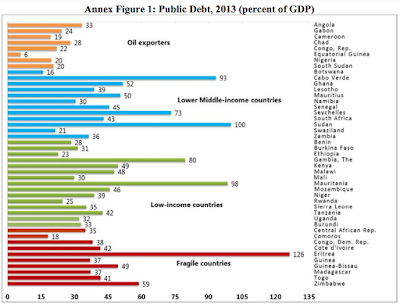 And looking forward, things are not exactly promising: "Specific risks that policy makers in Sub-Saharan Africa need to pay attention to going forward include the recent fall in commodity prices, especially oil, the slowdown in China and the sluggish recovery in Europe, dependence on non-debt-creating flows, and accounting for contingent liabilities."