In their often-cited 2013 paper, titled “Household Balance Sheets, Consumption, and the Economic Slump” (The Quarterly Journal of Economics, 128, 1687–1726, 2013), Mian, Rao, and Sufi used geographic variation in changes house prices over the period 2006-2009 and household balance sheets in 2006, to estimate the elasticity of consumption expenditures to changes in the housing share of household net worth. In other words, the authors tried to determine how responsive is consumption to changes in house prices and housing wealth. The study estimated that 1 percent drop in housing share of household net worth was associated with 0.6-0.8 percent decline in total consumer expenditure, including durable and non-durable consumption.

The problem with Mian, Rao and Sufi (2013) estimates is that they were derived from a proprietary data. And their analysis used proxy data for total expenditure.

Still, the paper is extremely influential because it documents a significant channel for shock transmission from property prices to household consumption, and thus aggregate demand. And the estimated elasticities are shockingly large. This correlates strongly with the actual experience in the U.S. during the Great Recession, when the drop in household consumption expenditures was much sharper, significantly broader and much more persistent than in other recessions. As referenced in Kaplan, Mitman and Violante (2016) paper (see full reference below), “… unlike in past recessions, virtually all components of consumption expenditures, not just durables, dropped substantially. The leading explanation for these atypical aggregate consumption dynamics is the simultaneous extraordinary destruction of housing net worth: most aggregate house price indexes show a decline of around 30 percent over this period, and only a partial recovery towards trend since.”

With this realisation, Kaplan, Mitman and Violante (2016) actually retests Mian, Rao and Sufi (2013) results, using this time around publicly available data sources. Specifically, Kaplan, Mitman and Violante (2016) ask the following question: “To what extent is the plunge in housing wealth responsible for the decline in the consumption expenditures of US households during the Great Recession?”

To answer it, they first “verify the robustness of the Mian, Rao and Sufi (2013) findings using different data on both expenditures and housing net worth. For non-durable expenditures, [they] use store-level sales from the Kilts-Nielsen Retail Scanner Dataset (KNRS), a panel dataset of total sales (quantities and prices) at the UPC (barcode) level for around 40,000 geographically dispersed stores in the US. …To construct [a] measure of local housing net worth, [Kaplan, Mitman and Violante (2016)] use house price data from Zillow…”

Beyond this, the study separates “the price and quantity components of the fall in nominal consumption expenditures. …When we control for …changes in prices, we find an elasticity that is 20% smaller than our baseline estimates for nominal expenditures.” In other words, deflation and moderation in inflation did ameliorate overall impact of property prices decline on consumption.

Lastly, the authors use a much more broadly-based data for consumption from the Diary Survey of the Consumer Expenditure Survey “to estimate the elasticity of total nondurable goods and services” to the consumer expenditure survey counterpart of expenditures in the more detailed data set used for original estimates. The authors “obtain an elasticity between 0.7 and 0.9 … when applied to total non-durable goods and services.”

Overall, the shock transmission channel that works from declining house prices and housing wealth to household consumption is not only non-trivial in scale, but is robust to different sources of data being used to estimate this channel. House prices do have significant impact on household demand and, thus, on aggregate demand. And house price busts do lead to economic growth drops.

Full paper: Kaplan, Greg and Mitman, Kurt and Violante, Giovanni L., "Non-Durable Consumption and Housing Net Worth in the Great Recession: Evidence from Easily Accessible Data" (May 2016, NBER Working Paper No. w22232: http://ssrn.com/abstract=2777320)
House prices bust was a major dimension of the recent Great Recession around the world. Nonetheless, contrary to all evidence, many political leaders have opted to dismiss the adverse impacts of shocks like negative equity (due to price declines and pre-crisis debt ramp ups) and wealth effects on aggregate demand (first order price effects).

An interesting study based on the U.S. data tests the aggregate impacts of house prices changes on consumption, while controlling for homeownership status (renters v owners).

Titled “House Prices, Local Demand, and Retail Prices” and co-authored by Johannes Stroebel and Joseph Vavra (CESIFO WORKING PAPER NO. 5607, NOVEMBER 2015) the study used “detailed micro data to document a causal response of local retail price to changes in house prices, with elasticities of 15%-20% across housing booms and busts. Notably, these price responses are largest in zip codes with many homeowners, and non-existent in zip codes with mostly renters.”

In other words, not only impacts of house price changes are significant, they are also bifurcated across two types of home occupiers - owners and renters, with renters exhibiting effectively no sensitivity to home prices changes in terms of their demand.

The authors “provide evidence that these retail price responses are driven by changes in markups rather than by changes in local costs. … Markups rise with house prices, particularly in high homeownership locations, because greater housing wealth reduces homeowners’ demand elasticity, and firms raise markups in response. Consistent with this explanation, shopping data confirms that house price changes have opposite effects on the price sensitivity of homeowners and renters.”

Overall, “taken together, our empirical results provide evidence of an important link between changes in household wealth, shopping behavior and firm price-setting. Positive shocks to wealth cause households to become less price-sensitive and firms respond by raising markups and prices.”

So do house prices matter for aggregate demand? They do. Does homeownership smooth or amplify effects of shocks to house prices on the aggregate economy? It appears to amplify them. Should monetary and fiscal policies be asymmetric for areas with high homeownership concentration as opposed to areas with high renters concentration? Yep. Ditto for countries, instead of areas.

Of course, in the Euro area, how does one structure differential monetary policies across countries so diverse as renters-concentrated Germany vs homeowners concentrated Holland or Ireland? Err… can we check that one as yet another problem with Euro architecture?.. 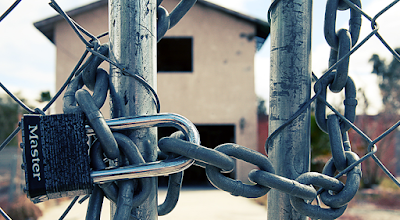