Euromoney have a good summary article on Baltic states’ economies and sovereign risk ratings (all of which are improving). 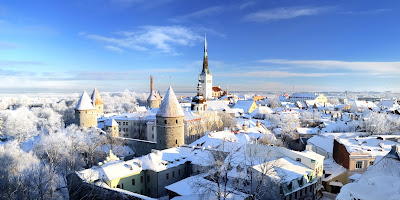 Here is my take on Baltics ratings in full:

Given macroeconomic and geopolitical environment, Estonia's credit rating by all three rating agencies clearly lags overall trends in risks evolution. The geopolitical and external macroeconomic risks these ratings reflect are consistent with early 2015 assessments and are well behind the more recent trends. In simple terms, Estonia is over-due a one notch upgrade across all agencies, as reflective of expected re-acceleration in growth from 1.9 percent estimated in 2015 to 2.6 percent forecast for 2016-2017, and improving labour markets performance and inflation outlook.

Another key driver for the upgrade is significant abatement in geopolitical risks faced by Estonia in the context of the Russian-Ukrainian conflict that has evolved into a localised and frozen conflict with no expected spillover to the broader region.

Estonia also enjoys significant improvements in its terms of trade, via Euro devaluation, which is reflected in its relatively strong current account dynamics.

As far as Latvia and Lithuania ratings go, both countries' present ratings are in line with generally weaker economic, political and social institutions and with long term structural problems at play in both economies. While geopolitical risks have abated for these two countries since the start of 2015, supportive monetary and euro devaluation-driven competitiveness tailwinds are yet to manifest themselves in terms of current account balances and gains in real  productivity.

Unlike Estonia, both Latvia and Lithuania run current account deficits in presence of significantly higher unemployment and continued outflows of human capital. Of the two countries, Latvia is probably closer to a rating upgrade, which can come later in the first half of 2016.