Latest Russian figures on wages and earnings, rounding up 2015, are pretty horrific. In USD terms, average wage is now down more than 30 percent in a year through December, falling to around USD560 per month at year end.

In Ruble terms, things are more palatable. Nominal wages are up 4.5 percent to RUB34,000, which means that real wages have fallen roughly 9.5 percent in 12 months through December. The average salary was down to RUB30,311 (USD381) per month, from end of September average of RUB32,911 (USD463). Rate of real wages decline accelerated in December compared to full year averages to 10 percent compared to December 2014.

However, average real incomes excluding wages, but including private business income and state payments, were down 4% y/y in 2015. One sign of the fiscal policy direction is that President Putin signed off on a minimum wage hike for 2016 that raised (as of January 1st) the minimum wage to RUB6,204 (USD87) a month, up on RUB5,965 or USD84 per month in 2015.

Beyond this, underlying labour markets trends, despite sharp cuts to employment reported in all surveys of PMIs for Services and Manufacturing over the last 24 months, official unemployment remains benign at 5.8 percent. This masks vast regional variation. In the Central Federal District, which includes Moscow, unemployment is below 4 percent, against, per BOFIT data, 12 percent in North Caucasus. BOFIT reports figure for Inigushetia at  30 percent. Unemployment rate for under-20 years of age is at around 20 percent.

2016 is expected to be another hard year for wage earners, as Korn Ferry — Hay Group forecast that Russian companies will increase salaries on average by only 7 percent in 2016. Given expected inflation in 14.6 percent range this will entail another 7.5 percent cut to real wages. 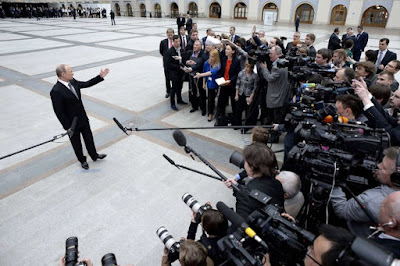 Notably, economy, salaries and inflation have been identified as the main economic concerns in this week’s survey by state-run pollster VTsIOM. Low salaries were raised as concern by 13 percent of respondents in January survey. 12 percent of Russians were concerned about rising inflation in December 2015 and this rose to 20 percent in January data. Another 12 percent of respondents said they were concerned about unemployment.

These trends are feeding into decline in consumer demand. Based on state-run VTsIOM poll published earlier this week, as of the end of December 2015, some 63 percent of Russians have cut back purchases of goods over the last 6 months. 59 percent are substituting in favour of cheaper goods and 26 percent are dipping into personal savings to make ends meet.

In another poll, published at the end of December, covering the period of mid-December, VTsIOM, Russians are reporting lower social well-being with the welfare Self-Estimate Index reporting own conditions of the respondents falling to the lows of 2009 and 24 percent of Russians estimating their own financial situation as being “bad”. The Social Optimism Index was showing that only 27 percent of Russians think their lives are going to improve in 2016, and 33 percent of Russians said the economic situation in the country was bad.

That said, for now at least, 45 percent of Russians positively assess country’s overall development path and only 17 percent of respondents disagree with this view.

Still, based on yet a third poll (also from December and also by VTsIOM), if in August 2014 introduction of the food imports embargo against the Western countries was opposed by only 9 percent of Russians, by mid-November 2015, some 20 percent of respondents expressed opposition to the embargo. Still, as shown by the poll results, the majority of Russian citizens continue to support the ban on food imports, although the number of those supporting it falling from 84 percent to 73 percent since the introduction of the embargo. In line with this, fewer Russians consider the food embargo to be an effective measure: down from 80 percent in August 2014 to 63 percent mid-November 2015. 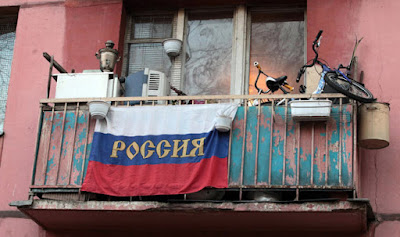 And Touching the Values Systems

In a way, all of this translates into some serious fodder for political analysts (apart from us, economists). You see, much of Russian system legitimacy rests on two factors: immense economic gains over the period of 2000-2012 or 2013 (depending on timings of the crisis) and national (not quite nationalist) aspirations for a historical revival.

Back in July 2015, Levada Centre - probably Russia’s most reputable polling organisation - found that 42 percent of Russians said they preferred "decent" wages and pensions over the freedom of speech and the opportunity to travel abroad. 49 percent, though said they won’t. The results in July 2015 (data was collected in June) were similar to those in 2013 survey (43 percent preferred financial stability over the opportunity to travel abroad and the right to free speech, against 46 percent who opposed such  trade off). But this still marked a big change on 2008 when only 35 percent of Russians were willing to trade freedoms for income and 54 percent of Russians opted for freedom of speech and travel ahead of pensions and salaries.

While the above figures suggest that large share of population is closely anchored to financial and economic fortunes of the country, there are preciously few signs that those adversely impacted by the crisis are willing to take up the issue with authorities. Levada Centre July poll found that 69 percent of Russians would tend to avoid any interactions with the authorities and only 23 percent were determined to press authorities to deliver on promises. Not surprisingly, 60 percent of Russians do not believe that people can hold authorities to account and 22 percent believe they can. Subsequently, only 18 percent of the Russian population thought that mass protests are likely to arise as the result of the ongoing crisis and only 14 percent of respondents expressed willingness to participate in protests.

Yet, for all their imperfections, opinion polls are showing some tremors in the facade of the public support for state policies and institutions.

Levada Centre poll published at the end of January found that 45 percent of Russians believed that the country was “moving in the right direction”, down from 64 percent in June 2015, and from 56 percent in December 2015. January marks the first time for over a year that the state policy approval rating fell below 50 percent mark. Meanwhile, those who feel that the country was on a “wrong route” rose to 34% in January poll compared to 22 percent back in June 2015 and to 27 percent in December 2015. 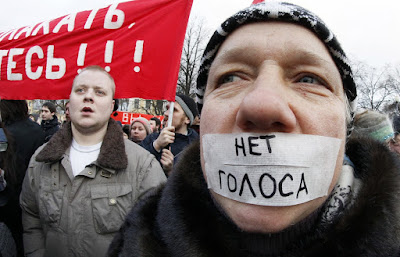 What Does All of This Mean?

All of the above adds up to a picture in which the country is sliding gradually toward becoming un-anchored from the key driver for social cohesion: economic normalisation (compared to the 1990s) delivered during the so-called Putin Era. While the ongoing geopolitical revival still compensates for the negative economic momentum, that compensation is starting to fade.

One reason for it - cumulative losses on the economy front. Key responses to the crisis have been: devaluation of the Ruble, push toward imports substitution and conservative push back against the pressures on capital account side. All were necessary and rather successful. But all of them also transferred large amounts of pain onto the shoulders of the households and SMEs working in the private sector. Public sector employment and wages have been better shielded from the crisis, but there too, strains are starting to appear. As the result, real, tangible and compounded pain is now feeding through to the ordinary folks.

The other reason is the weakening of the geopolitical dividends perceived by the ordinary Russians. Crimea was the high point of 'return to roots' in Russian psyche - a point of reversal of perceived historical injustice inherent from the Soviet times and a point of a payback for years (since 1991) of virulent anti-Russian rhetoric across the majority of the former USSR states, including Ukraine. These were perceptions of the average Russian (do not confuse them with my own views). The conflict spillover into Eastern Ukraine was already a step away from the Crimean narrative, but it was a proximate one. And hence it had weaker, but nonetheless significant, support on the ground in Russia. But Russian push into Syria has completely divorced the country geopolitical strategy from the hearts-and-minds of the Russians on the ground. Syria is a foreign land, with alien religious strife and probably more reminiscent of Chechnya to an average Russian, than of the traditional spheres of Russian interest.

The twin factors: increased economic pressures and weakening geopolitical dividends, are now working through public perceptions. The outcome of these is far from predictable. Current lack of serious discontent is likely to persist over time: Russia is not Ukraine and it will not opt (socially) for the convulsions of knee-jerk 'revolutions' . But, if the economic crisis continues unabated, there will be political 'blood'. One way or the other.

A note to the above: Surveys in Russia — even those conducted by reputable pollsters such as Levada Center — need to be taken with a pinch of salt. Reliance on polls is a tricky thing, especially for polls in societies highly skeptical of social researchers and authorities, like Russia. Here is a good article on some problems identified in some recent polls: http://www.themoscowtimes.com/news/article/what-do-russians-really-think-the-truth-behind-the-polls/558537.html.