In a recent report, titled “Beyond the Bricks: The meaning of home”, HSBC lauded the virtues of the millennials in actively pursuing purchases of homes. Mind you - keep in mind the official definition of the millennials as someone born  1981 and 1998, or 28-36 years of age (the age when one is normally quite likely to acquire a mortgage and their first property).

So here are the HSBC stats:

As the above clearly shows, there is quite a range of variation across the geographies in terms of millennials propensity to purchase a house. However, two things jump out:

All of which suggests that the millennials are severely lagging previous generations in terms of both savings and investment. This is especially true as the issues relating to preferences (as opposed to affordability) are clearly not at play here (see the gap between ‘ownership’ and intent to own).

That point - made above - concerning the lack of evidence that millennials are not purchasing homes because their preferences might have shifted in favour of renting and way from owning is also supported by a sky-high proportions of millennials who go to such lengths as borrow from parents and live with parents to save for the deposit on the house:

Now, normally, I would not spend so much time talking about property-related surveys by the banks. But here’s what is of added interest here. Recent evidence suggests that millennials are quite different to previous generations in terms of their willingness to default on loans. Watch U.S. car loans (https://www.ft.com/content/0f17d002-f3c1-11e6-8758-6876151821a6 and https://www.experian.com/blogs/insights/2017/02/auto-loan-delinquencies-extending-beyond-subprime-consumers/) going South and the millennials are behind the trend (http://newsroom.transunion.com/transunion-auto-loan-growth-driven-by-millennial-originations-auto-delinquencies-remain-stable) on the origination side and now on the default side too (http://www.zerohedge.com/news/2017-04-13/ubs-explains-whos-behind-surging-subprime-delinquencies-hint-rhymes-perennials).

Which, paired with the HSBC analysis that shows significant financial strains the millennials took on in an attempt to jump onto the homeownership ‘ladder’, suggests that we might be heading not only into another wave of high risk borrowing for property purchases, but that this time around, such borrowings are befalling and increasingly older cohort of first-time buyers (leaving them less time to recover from any adverse shock) and an increasingly willing to default cohort of first-time buyers (meaning they will shit some of the burden of default onto the banks, faster and more resolutely than the baby boomers before them). Of course, never pay any attention to the reality is the motto for the financial sector, where FHA mortgages drawdowns by the car loans and student loans defaulting millennials (https://debtorprotectors.com/lawyer/2017/04/06/Student-Loan-Debt/Student-Loan-Defaults-Rising,-Millions-Not-Making-Payments_bl29267.htm) are hitting all time highs (http://www.heraldtribune.com/news/20170326/kenneth-r-harney-why-millennials-are-flocking-to-fha-mortgages)

Good luck having a sturdy enough umbrella for that moment when that proverbial hits the fan… Or you can always hedge that risk by shorting the millennials' favourite Snapchat... no, wait... 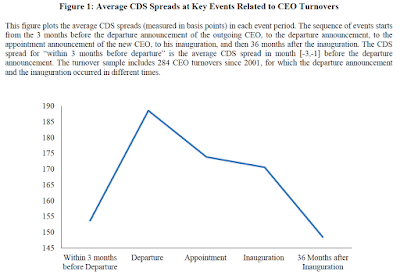