I have not been tracking more recent changes in Irish banking sector aggregate balance sheets for quite some time now. However, preparing for a brief presentation on Irish banking crisis earlier this week, I had to update some of my charts on the topic. Here is some catching up on these.

Take a look at Central Bank’s data on credit and deposits in Irish banking system. These figures incorporate declines in both due to sales of loan books by Irish banks, so step-changes down on credit lines reflect primarily these considerations. As superficial as the numbers become (in this case, the aggregate numbers no longer fully reflect the true quantum of debt held against Irish households and companies), there are some positive trends in the figures. 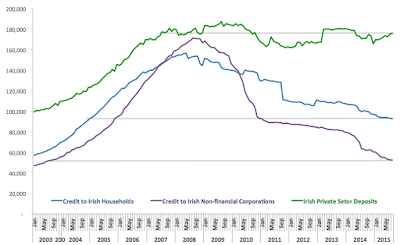 Total credit outstanding to the real economy (excluding Government and financial intermediaries) has fallen 12% y/y in the three months through August 2015. The official register now stands at EUR145.3 billion, a level comparable to the average for June-July 2004.The truly miraculous thing is that, given these levels of deleveraging, there is no indication of severe demand pressures or significant willingness to supply new credit.

As shown in the chart below, Irish banking sector overall has been enjoying steadily improving loans to deposits ratios. 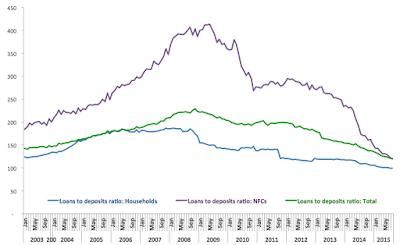 Over the July-August, household loans to deposit ratios dropped to 99% - dipping below 100% for the first time since the Central Bank records began in January 2003. Loans to deposit ratio for non-financial corporates declined to 120% also the lowest on record. However, this indicator is of doubtful value to assessing the overall health of the financial sector in Ireland. To see this, consider the following two facts: household loans/deposit ratios have been below pre-crisis lows since October 2011, while corporate loans/deposits ratios have been below pre-crisis lows since July 2014. Reaching these objectives took some creative accounting (as noted above in relation to loan book sales), but reaching them also delivered practically no impetus for new credit creation. In other words, deleveraging to-date has had no apparent significant effect on banks willingness to lend or companies and households willingness to borrow.

Meanwhile, take a look at the last chart: 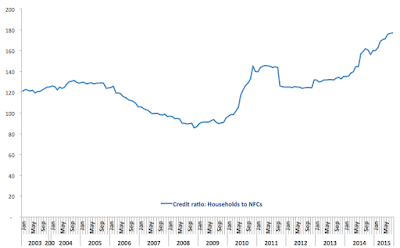 As the above clearly shows, Irish banking system is nothing, but a glorified Credit Union, with credit outstanding ratio for household relative to corporates at a whooping 177%. This, again, highlights the simple fact that during this crisis, banks prioritised deleveraging of corporate debt and lagged in deleveraging household debt. Irish economic debt burden, thus, has shifted decisively against households.

Someone (you and me - aka, households) will have to pay for the loans write downs granted to companies over the years. And the banks are betting the house (our houses) on us being able to shoulder that burden. 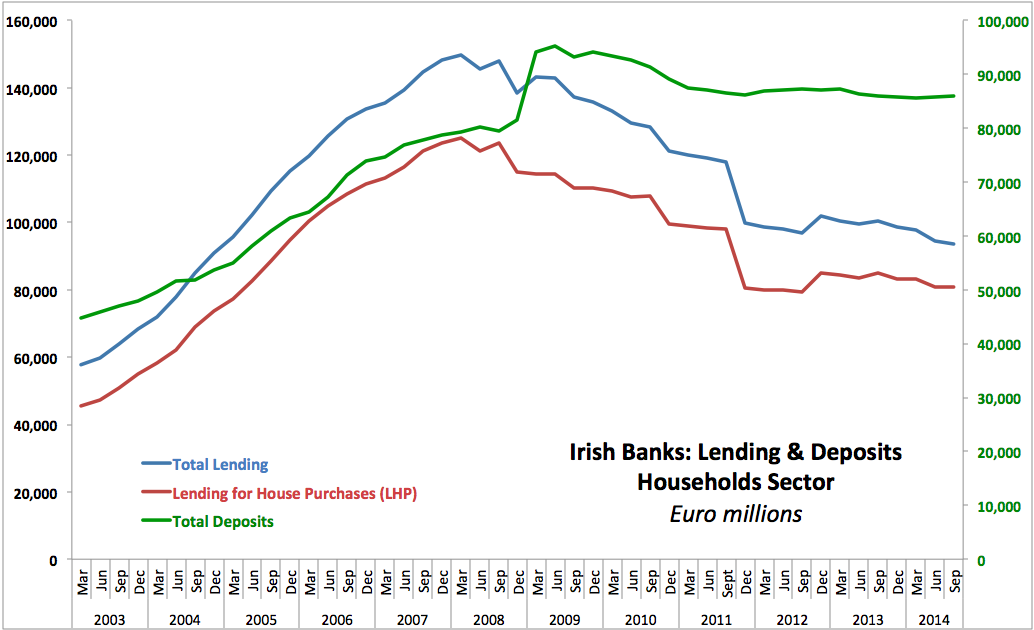 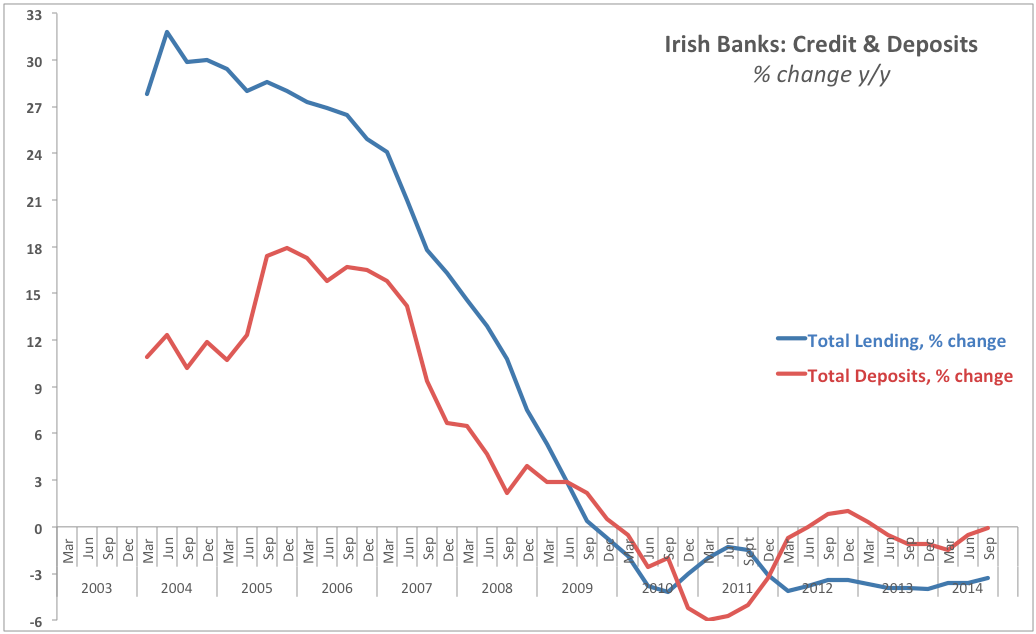