In the wake of the Global Financial Crisis, there has been quite a debate about the virtues and the peril of competitive pressures in the banking sector. In a paper, published few years back in the Comparative Economic Studies (Vol. 56, Issue 2, pp. 295-312, 2014 http://papers.ssrn.com/sol3/papers.cfm?abstract_id=2329815), myself, Charles Larkin and Brian Lucey have touched upon some of the aspects of this debate.

There are, broadly-speaking two schools of thought on this subject:

Now, a recent paper from the Bank of Finland, titled “Does bank competition reduce cost of credit? Cross-country evidence from Europe” (authored by Zuzana Fungáčová, Anastasiya Shamshur and Laurent Weill, BOFIT Discussion Papers 6/2016, 30.3.2016) looks at the subject in depth. 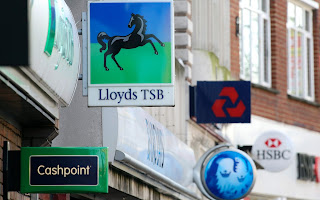 The findings are interesting:

The authors ‘take-away lesson” for policymakers is that “pro-competitive policies in the banking industry can have detrimental effects, … [and] banking competition can have a detrimental influence on financial stability and bank efficiency.”