I have just posted a draft of my paper on the OECD BEPS proposals from May-June 2019 here: Gurdgiev, Constantin, OECD-led Tax Reforms: A Prescription for a Less Competitive Economy (June 18, 2019). Available at SSRN: https://papers.ssrn.com/sol3/papers.cfm?abstract_id=3406260.
It has been some time since I commented here on the matters relating to Irish corporate taxation. For a number of reasons not worth covering. But one piece of rhetoric in the post-AppleTax ruling by the EU Commission has caught my mind today: the statement from the Taoiseach Enda Kenny on the issue of 'Loose Lips Sink Ships'. 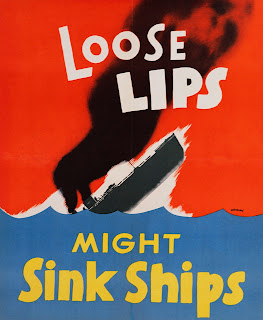