Embed from Getty Images
Labour and the Conservatives have never been particularly hospitable homes for their moderate, centrist members.  Corralled within an insulated party bubble consisting mainly of true believers, the moderate members have often been regarded as potential betrayers, consensual minded types who occasionally find common ground with their opponents; worse, as people who seem too willing to question the orthodoxies of their chosen tribe and challenge some of their heart-held beliefs.  What kept them going was the belief that their party leaderships, whatever they said in public, often shared their own centrist, outward-reaching attitudes.  In a sense they had to, for how else could they expect to govern except with the support of some of that part of the electorate which didn’t traditionally identify with their party?  So for decades in the past century or so, the two parties were, for the most part, led by mainstream centrists.
Since 1945, the Labour party has had only one exception to this general rule until Jeremy Corbyn’s unexpected victory; Michael Foot, who presided over the disastrous defeat of 1983.  For the Conservatives, the story has been more mixed, as the era of One Nation leadership came to an abrupt halt with Margaret Thatcher’s election as leader in 1975.  Her electoral success was enabled by weak and divided opposition, but her leadership eventually became too divided for the party’s parliamentary leadership and was brutally shunted aside in favour of the more centrist John Major in 1990.  Major’s appeal brought his party an extra term in government, but his three successors ditched the appeal to moderation and presided over two election defeats until the more One Nation oriented David Cameron took over.
Even in their darkest times – the early 80s for moderate Labourites, the noughties for moderate Tories – moderate members of each party could take solace from both the possibility of a return to favour at the top, and the knowledge that at least their opponents weren’t out and out lunatics.  A centrist Labour leadership benefited from the Tory retreat into its right-wing laager in the noughties just as David Cameron was able to see off the leftwards tilt of Ed Miliband.  Alas, no more.
If the liberal progressives in either party were tempted to be despairing about the outcome of the Brexit referendum, that is as nothing compared to the political landscape that looms before us in the 2017 general election and its aftermath.  Never has it been such a bad time to be a moderate in politics.  While Jeremy Corbyn exercises a complete control over the Labour party on behalf of his left-wing supporting movement, Momentum, Theresa May abandoned some time ago any attempt to face down her right-wing in turn.  Indeed, for all the eloquence of her chief of staff’s speech writing in the early months, it is difficult to discern a clear political vision from May, other than the need to stay in power and bludgeon a hard Brexit through parliament whatever the consequences.  There is a small remnant of moderate, independent minded MPs on the Tory benches, but they are unlikely to be much enlarged by the influx of new Tory MPs on the back of this election.
It is a bleak picture, but is there some light to be had from the direction of the Liberal Democrats?  Tim Farron has bounded fresh faced and energetic into the election and his party has trumpeted over 5,000 new members since the election was called.  They may even pick up seats – probably at the expense of Tory MPs in Remain-leaning southern metropolitan seats, or traditionally liberal south-western ones.  As nice as such a boost will be, they are unlikely to reach their glory days of 60 plus MPs without further work in the Labour strongholds of the north, and here it is more likely to be Tories – as in Copeland – who take the prize.
Why has liberalism, the progressive attitude once prevalent in all parties, reached such a dire state?

In essence liberalism has never been a far-reaching ideology in populist terms. Labour’s brand of social liberalism was smuggled onto the statute books by Roy Jenkins and his successors on the back of its more populist electoral appeal to manual Britain for better wages and working conditions, and better public services.  Margaret Thatcher’s economic liberalism came cloaked in populist attacks upon the failures of social democracy, and then appeals to national identity (via the Falklands and latterly Europe).
Progressive liberals always sought validation from the establishment in power, and not from the people.  The belief in a reasoned, consensual, progressive building of a civilised state served by governments committed to at least some aspects of the liberal cause wasn’t one easily sold in gut electoral terms.  But populism was always tearing away at the fabric.  Most people, uninterested in politics and prepared to vote instinctively and emotively, and once upon a time tribally, had no time for the finer aspects of political debate and theorising.  While the liberal state delivered, this seemed fine, especially when each party had a core of leaders committed to variations on the same project.  Nevertheless, as turbulence swept the global community, and mass migration became a feature, the fragile belief in a liberal state that could both serve its people and extend magnanimity towards others started to explode.
The incendiary devices for such resentment had long been readily to hand in the form of the popular press.  Once the liberal state stumbled in its attempt to explain the impact of global trends that put indigenous workers out of their jobs, and seemed to fail to arrest influxes of foreign workers to occupy the lower reaches of the salary earning spectrum, the way was open for the ever louder beat of nationalism.
It came from the right-wing press, and was quickly adopted by politicians with an eye to the main chance.  It seems odd, in the age of social media and the generally accepted ability of anyone and everyone to forge their own news sources via facebook, blogs and twitter, to talk of the power of the press, but power it is.  Few twitter accounts or facebook pages can match the reach – even today – of traditional newspapers.  Where social media is bifurcated and diverse, newspapers still provide a common currency in news and opinion.  In some respects, social media merely amplifies this.  A single front page in the most powerful of the papers – the Mail or the Sun – can drive social media comment for days.  A largely mediocre political class remains in thrall to the apparent and high profile power of newspapers.  The Telegraph had MPs on the run for months over expenses a few years ago; Theresa May crafts her agenda almost entirely to suit the Mail and the Sun today.  And what makes these papers even more powerful is their ability to dance to the otherwise inchoate beat of the nationalist drum up and down the country. 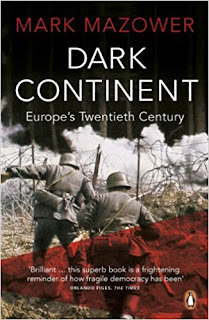 Liberalism – the belief in reasoned, rational politics – is upended today by the resurgent triumph of nationalism.  In a shrewd column recently, the Economist’s new Bagehot (Adrian Wooldridge) identified the posthumous triumph of Enoch Powell’s vision for Britain (“Thethird man”).  The party that succeeds, he argued, would be the party that successfully articulated this ideal of a national identity, and he further noted that Theresa May’s provincially rooted Englishness seemed to have a far better chance of success than Labour’s messy, divided party.
For the liberal, this is a most unappetising vision.  Having successfully emerged from the last wreckage of nationalist triumph in the first half of the twentieth century, securing what seemed to be a permanent supra-national and liberal dominance, the collapsing of that same hegemony, and the accompanying lack of confidence in its future, is once again unleashing the darkest of political forces.
It is a bleak time indeed to be a moderate.