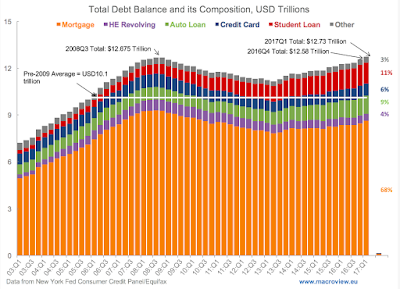 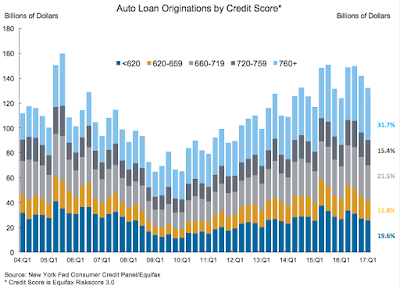 However, owing to rapid growth in recent years in sub-prime originations, auto loans currently exhibit third highest rate of delinquencies across all forms of household debt, with 3.82 percent of all auto loans currently 90+ days delinquent, the highest since 1Q 2013 and up on 1Q 2016 reading of 3.52 percent.

As noted in a recent Bloomberg article (see https://www.bloomberg.com/news/articles/2017-05-22/subprime-auto-giant-checked-income-on-just-8-of-loans-in-abs), much of the problem arises from sloppy, or outright careless, origination by some key lenders.