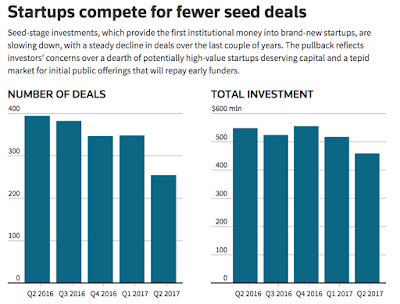 So for the future, folks: stop chasing pre-revenue, business plan (or tech platform)-based funding. Focus on generating your first sales and showing these to have margin potential. Remember, corporate finance matters not so much on the capital budgeting side, but on the cash flow spreadsheet.
Based on the recent data from Kleiner Perkins,  there has been a substantial inflection point in the relationship between NASDAQ index valuations and tech IPOs around 2015 that continued into 2016-2017 period. 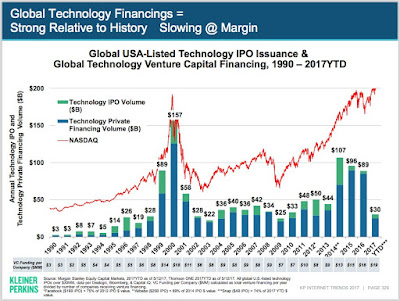