"The Trump administration has lambasted China’s bid for recognition as a market economy in the World Trade Organization, citing decades of legal precedent and what it sees as signs that China is moving in the opposite direction under Xi Jinping. The US move to oppose China’s longstanding efforts to be recognised as a market economy in the WTO came in a legal submission filed last week and due to be released publicly on Thursday in a case brought by Beijing against the EU."

Here are background slides to the dispute from my recent lecture @MIIS :

First, what's behind the WTO dispute: the fight between the U.S. and the EU against China and other emerging economies in core Bretton Woods institutions - the IMF and the World Bank 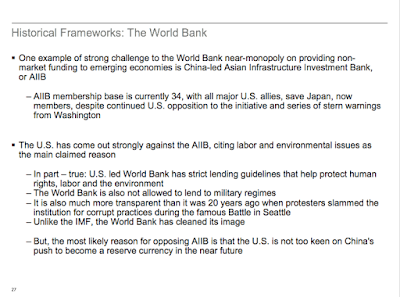 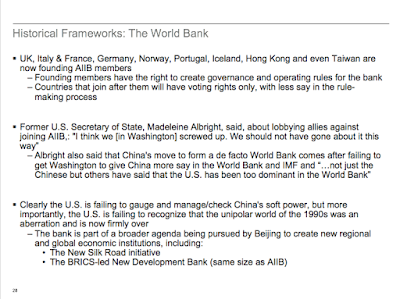 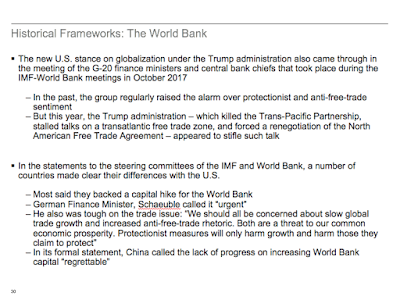 Plus the geopolitics of trade: 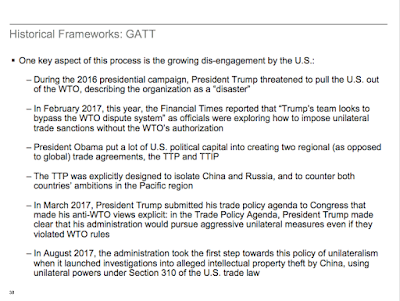 All of which informs the current fight in the nearly-comatose WTO: 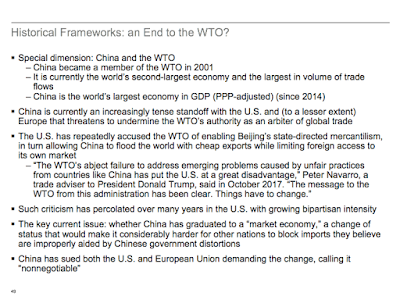 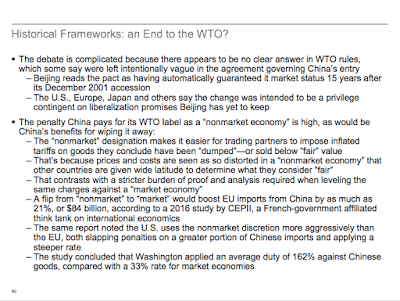 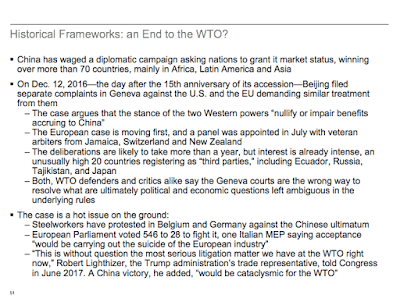 So the case is not new, but the case is highly important. Not because China is or is not a market economy. But because China is directly challenging U.S. (and European) dominance over the post-WW2 international institutions.
Make no mistake here: trade status is just the current, momentary, battle field in what is a long, and quite outright nasty, geopolitical war.