Our article for the LSE Business Review blog on the research paper covering the European Capital Markets Union reforms is available here: https://blogs.lse.ac.uk/businessreview/2019/05/23/the-unfinished-business-of-the-eus-capital-markets-union/. 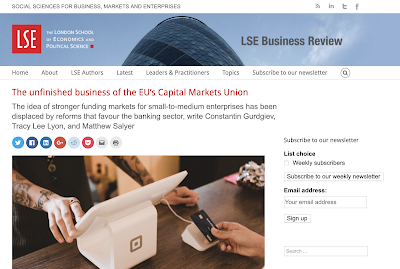 Link to the full paper here: https://trueeconomics.blogspot.com/2019/04/2419-capital-markets-union-action-plan.html.
Our paper on the progress of the EU Capital Markets Union reforms is now available on SSRN: 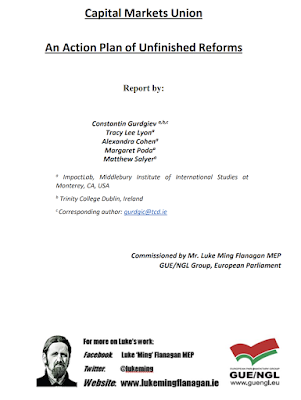 Our paper on the progress of the EU Capital Markets Union reforms is now available on SSRN:

Yes, at some point, Troika won't be able to handle all the bad news flying its way... for now, however, a new alarm at the barbwire fence of European Reformism: Cyprus is heading off the Troika Reservation: 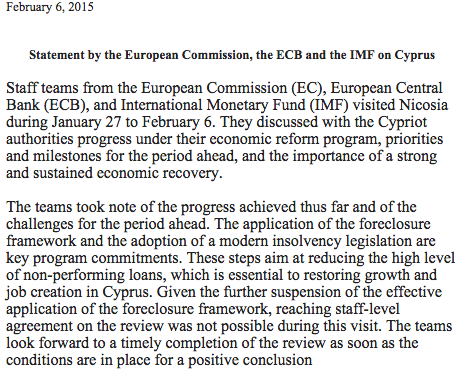 Whatever might have made Cyprus rush for the AWOL, I'll let you discover, but judging by the foreclosure and insolvency framework reforms approved by the Troika in Ireland, one can't be too much surprised if any country would have much of faith in Troika expectations on that front. Then again, Cypriots would probably remember how EU regulators first encouraged accumulation of Greek sovereign debt in Cypriot banks, then haircut that debt, causing instant insolvency crisis across the Cypriot banks. Why would anyone listen to the same people giving advice on 'structural' reforms next, puzzles me.