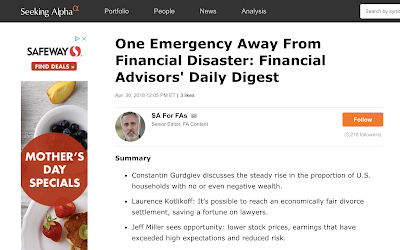 The original post referenced is here: http://trueeconomics.blogspot.com/2018/04/28418-great-recovery-with-no-savings-us.html.
Via @bySamRo, a chart from Deutsche Bank research: 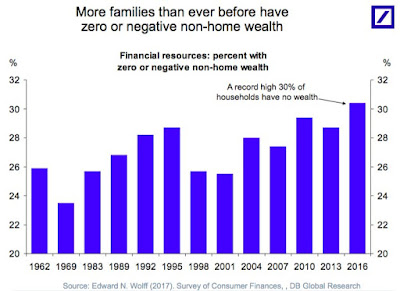 Which, of course, illustrates the marvels of the current 'recovery' cycle - a steady rise in the proportion of U.S. households with no wealth. More than 30 percent of all U.S. households have zero or negative non-housing wealth.

To pair this with other data, here is the U.S. household saving rate: 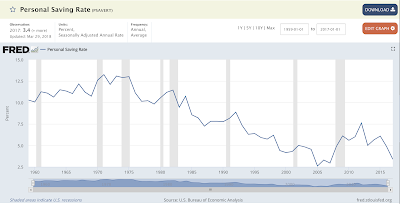 And here are the median saving account levels by age:

Not scared yet? Ok, here's another fact: according to Bankrate's financial security index survey, released in January 2018, only 39 percent of Americans said they would be able to finance a $1,000 emergency spending using their savings. In 2016, a survey found that 69 percent of Americans had less than USD1,000 in savings, while 34 percent had zero savings.

A dental emergency, even with a dental insurance coverage, can knock a good half of 69 percent of the U.S. households into zero savings territory. Credit cards and personal loans are de facto shoring up the Great American Dream for the vast swathes of the middle classes. Some 'exceptionalism', folks... 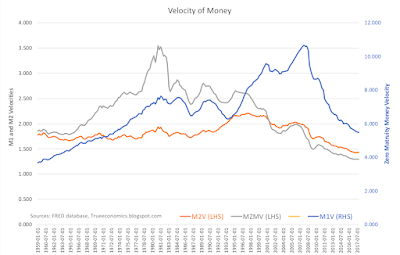 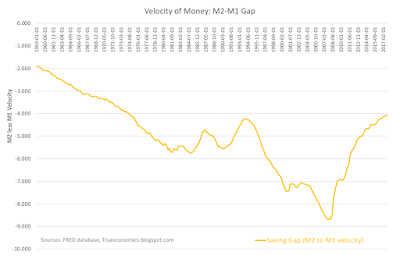