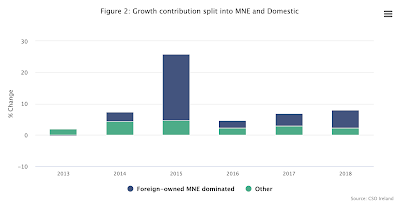 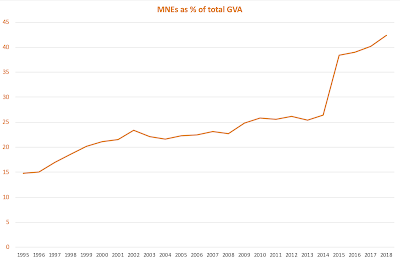 
Source: https://www.cso.ie/en/releasesandpublications/er/gvafm/grossvalueaddedforforeign-ownedmultinationalenterprisesandothersectorsannualresultsfor2018/?utm_source=email&utm_medium=email&utm_campaign=Gross%20Value%20Added%202018%20Results
One blog post and one paper tackling one of the greater mysteries of the Irish National Accounts, the Balance of Payments, peeling the layers of tax avoidance onion:

The notion of what defines a tax haven is a complex one and does not easily lend itself to a precise definition. This presents numerous problems. As a personal example is an academic paper that I am currently working on with three other co-authors in which we had to use several different definitions of tax havens, primarily because the official (OECD) designations were so deeply politicized as to exclude a wide range of countries. 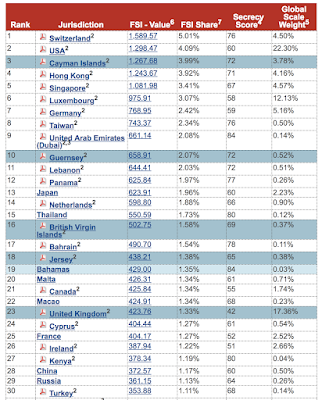