Carry trades involve borrowing in one currency at lower interest rates (say in Euro or Japanese Yen) and 'carrying' borrowed funds into investment or lending in another currency, bearing higher interest rates (e.g. into Australia or New Zealand, or Russia or Brazil). The risk involved in such trades is that while you hold carry asset (loan to, say, an Australian company), the currency underlying this asset (in this case AUD) devalues against the currency you borrowed in (e.g. Yen). In this case, your returns in AUD converted into Yen (funds available for the repayment of the loan) become smaller. 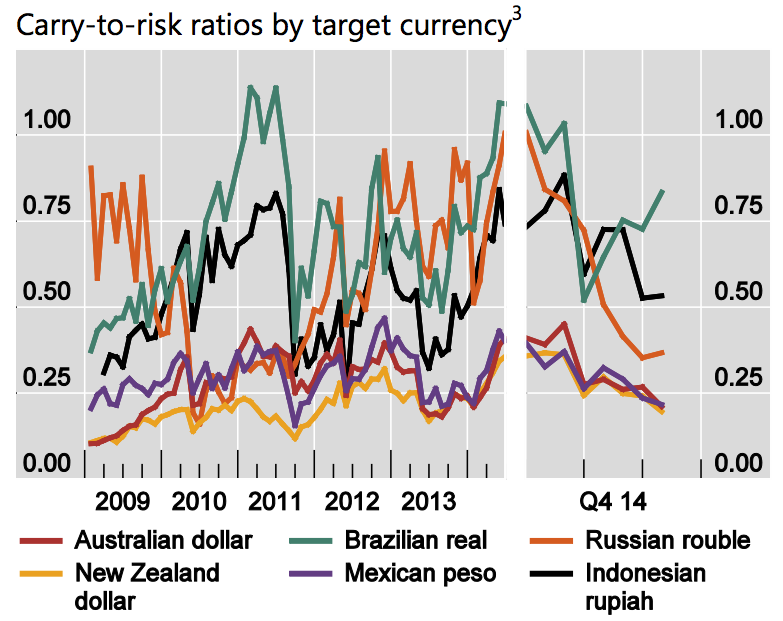