Mercer 2018 Quality of Living rankings are out: https://mobilityexchange.mercer.com/Portals/0/Content/Rankings/rankings/qol2018i321456/index.html. Summary of key results: 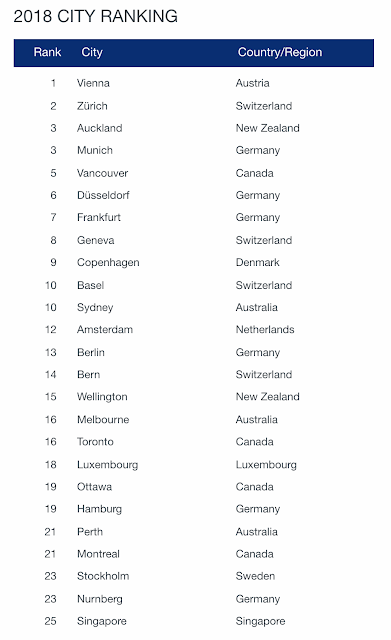 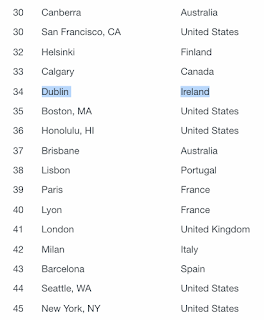 Quality of urban life is a key determinant of economic development, competitiveness and growth potential in the advanced economies. From this perspective, U.S. cities are lagging behind their global counterparts due to low value for money in quality of housing, poor transportation and connectivity systems, poor public safety, underinvestment in social and public amenities, and lower quality of schools. Controlling for private education and healthcare (benefits of which are highly concentrated at the top of income distributions), the U.S. cities competitiveness would be even less impressive than the above rankings suggest.