I have not updated Eurocoin dynamics and euro area growth forecasts for some time now, so here is the latests, from May data: 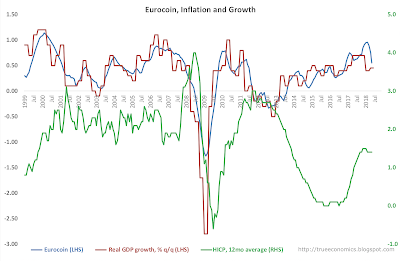 Chart below shows improving outlook for HICP (inflation) over the last 12 months through May 2018, just as the economy beginning to slow down: 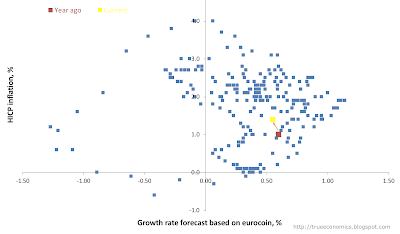 On balance, we now have three consecutive months of declining Eurocoin-implied forecasts for euro area growth. It will be interesting to see eurocoin print for June, coming up in about a week, as well as July (coming out prior to the Eurostat growth estimates for 2Q 2018).