The state of the global labor markets is reflected not only in the record lows in official unemployment statistics, but also in the low labor force participation rates: 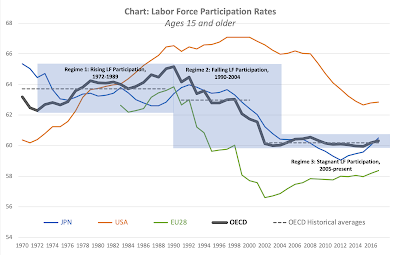 This is hardly consistent with the story of the labor markets spectacular recovery that is presented by the official unemployment rates. In fact, the evidence in the above chart points to the continued importance of the twin secular stagnations hypothesis that I have been documenting on this blog.