Here is the evidence: 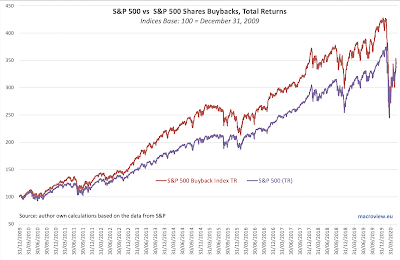 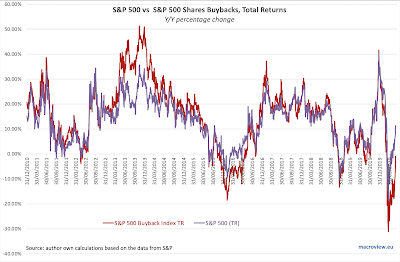 While in good times companies have strong incentives to redistribute their returns to shareholders either through dividends or through share price supports or both, during the bad times having spare cash on balancesheet in the form of retained earnings makes all the difference. Or, as any sane person knows, insurance is a cost during the times of the normal, but a salvation during the times of shocks. 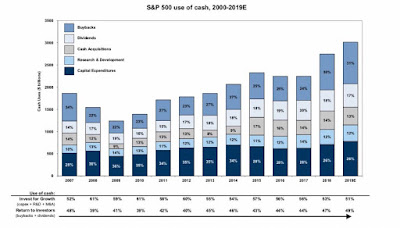 S&P 500 firms are clearly not in investment mode. Despite 'Trump incentives' - under the TCJA 2017 tax cuts act - actual capex is running tied to the second lowest levels for 2018 and 2019, at 26% of all cash distributions.