China and Russia dominate BRICS' current account dynamics and this is not about to change. 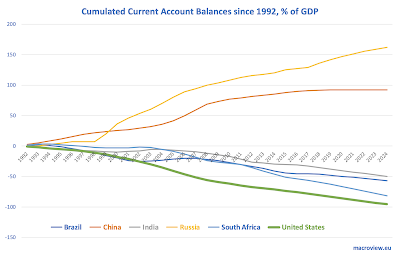 Both China and Russia have been posting strong current account figures in recent years, and this is not changing with the onset of the Russia sanctions in 2014 and the Trump Trade Wars in 2018. The two economies clearly dominate the emerging markets' current account dynamics in terms of both the sign of the balances (surpluses) and their magnitudes.

The caveat for Russia is that its current account gains are coming in at the time of relative weakness in its exports and net capital outflows: 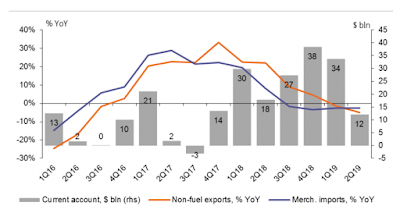 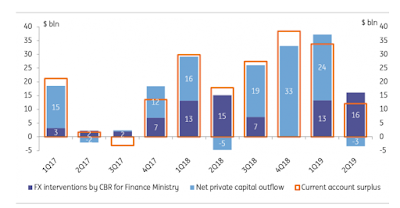 It is a classic textbook example on how to lose 'bigly' from a trade war.