This time, I am covering the topic of how Russian economy deleveraging leads to a future uplift in its potential growth, before tackling the cost of such deleveraging that is driving Russian public opinion of policies and direction of the State in a follow up column. 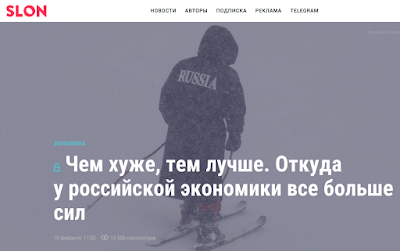 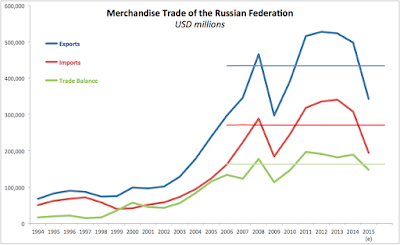 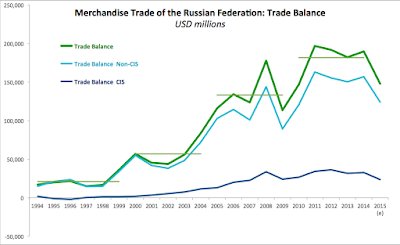 Not too shabby numbers, event though 2015 was a tough year of trade for Russian exporters.
Russian external trade figures for Q4 2014 show accelerating trend toward decline in both exports and imports.

According to the latest data, value of goods exports and imports in Q4 2014 fell almost 20% y/y, with December fall of 25% y/y. Russian imports from Ukraine were down some 50% and exports to Ukraine fell 70% y/y.

Oil price effects were pretty substantial as Urals price fell by almost 1/3rd in Q4 2014 compared to Q4 2013. But there was also a 7% decline in the volume of oil exports, as well as ca 30% drop in gas exports by volume. Offsetting these, petroleum products exports were up 9% y/y and other commodities exports held up pretty well and even rose.

Q4 2014 imports of machinery and transport equipment were down some 20% y/y, in line with the decline in imports of food, textiles and passenger cars.