In my previous post, I referenced some preliminary stats relating to my analysis of significant outliers in the data on the number of cases reported by different countries (see: https://trueeconomics.blogspot.com/2020/04/17420-covid19-updated-charts-and.html). Here are more detailed results: 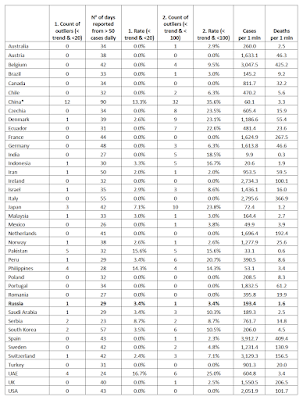 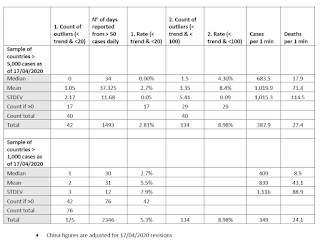 By way of explaining: I have used two methods for detecting observations of 'suspect quality' or 'outliers':