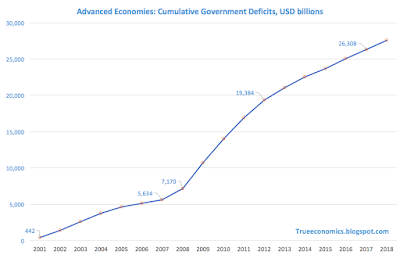 Euro existence has been invariably linked to the promise of a 'sustainable' prosperity. From days when it was just a dream of a handful of European integrationists through today.  Which means that we can have a simple and effective test for the raison d'être of common currency union: how did GDP per capita fare since the euro introduction.

So let's take a simple change in GDP per capita, expressed in constant prices (controlling, therefore, for inflation) across the advanced economies around the world. Chart below details annualised rates of growth achieved between the end of 1999 and the end of 2014. 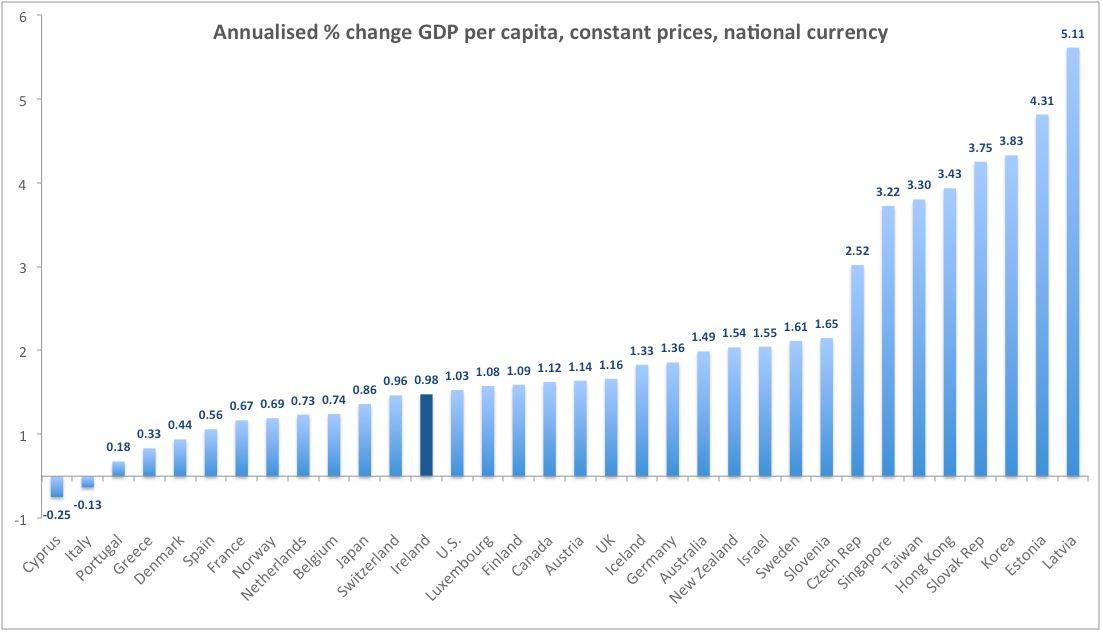 Excluding the most recent addition to the euro area, let's consider the original EU12. Across all advanced economies (34 of them), average annualised rate of real GDP per capita growth was 1.57%. Across the euro area 12 it was 0.727% - less than 1/2 of the average. Average for non-euro area 12 states was 2.126% or almost 3 times the euro area 12 average.

All of this translates into a massive gap between the euro area 12 (euro 'growthology' states that supported from the start the idea of 'sustainable' growth based on the EMU) and the rest of the advanced economies. In cumulative terms - over 2000-2014, EA12 states clocked growth of 11.674% in terms of their real GDP per capita. Over the same period of time, ex-EA12 advanced economies managed to grow on average by 40.01%. 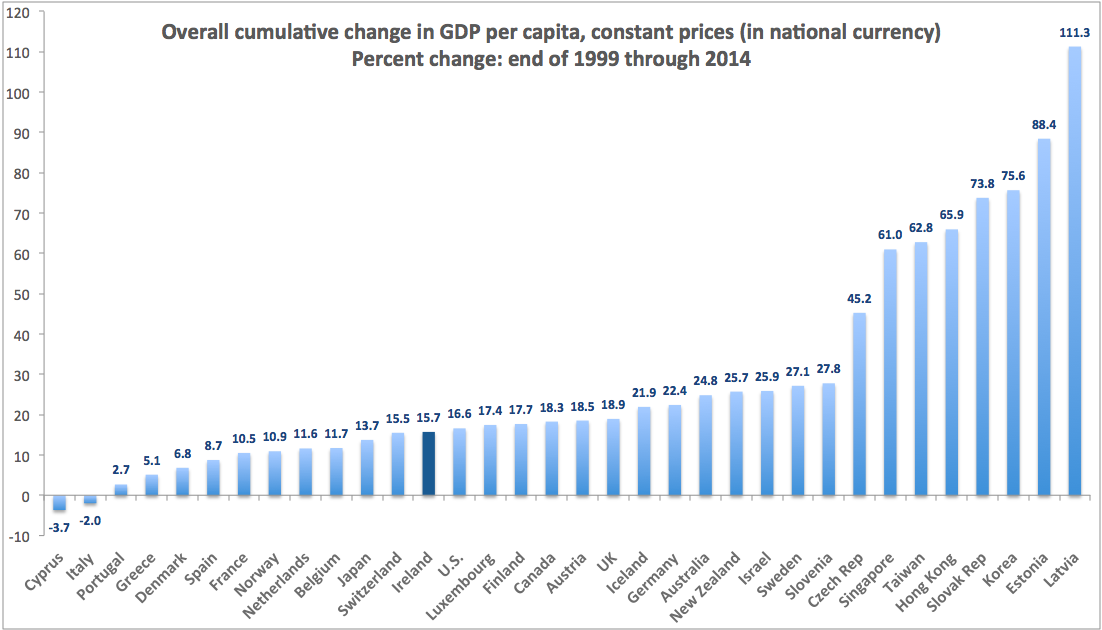 Oh dear... even if you are not Italy or Cyprus (the latter made utterly insolvent by the EU inept 'resolution' of the Greek crisis and then promptly accused of causing this disaster upon itself - just to ad an insult to an injury), even if you are the 'best in the class' Ireland... within the euro, you are screwed.

So the key question is: where is the evidence that having a common currency results in better economic outcomes? Key answer is: nowhere.